A low-budget chilling jailhouse ghost story drama skillfully helmed by the Finnish filmmaker Renny Harlin (“The Legend of Hercules“/”Cleaner”/”Devil’s Pass”). It’s based on the story by Irwin Yablans, and is scripted by C. Courtney Joyner.

It opens at Creedmore Prison, in rural Wyoming, in 1964, where an innocent inmate Charles Forsythe (Viggo Mortensen) is executed for the murder of an inmate. The real culprit was known by the abusive prison guard Ethan Sharpe (Lane Smith), who never spoke up. After the 100-year-old state prison is fixed up, the wall of the execution room is knocked down and that unintentionally releases the ghost of the executed prisoner. The prison reopens in 1984 and his ghost is viewed as a blue light, as he mows down the guards and inmates with a machine-gun, fries a few on the barbed wire he brings to life, and floods the joint after the pipes become killing machines. After all the mayhem, the ghost seeks his revenge on the still abusive Warden Sharpe.

The malevolent Burke (Viggo Mortensen) is the prisoner electrician, who was in a prior life the unfortunate Forsythe.

The old-fashioned horror film might be predictable and too cliched with prison terms, but it’s well-thought out and its super-natural effects are fine. The B film also does a nice job building on the claustrophobic prison atmosphere and developing its characters, so when it’s payback time and things get bloody it becomes more effective for its intriguing mood it sets than just for the gore. 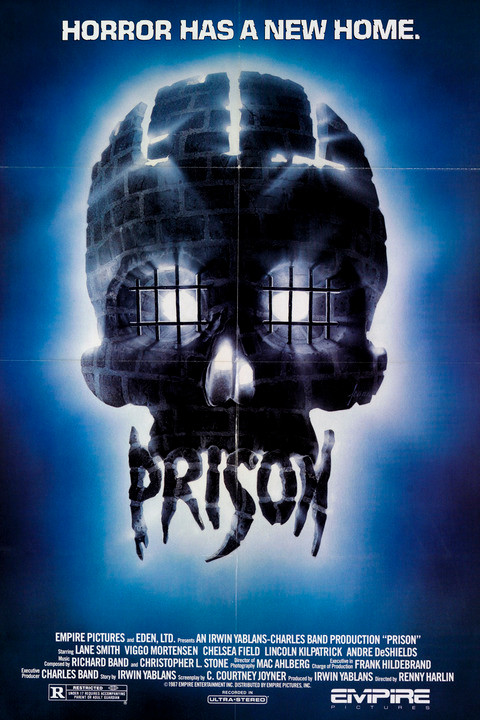