“Posey is so likably weird.”

Parker Posey, the indie-film “it girl” of the 1990s, couldn’t be better in this comedy role as a confused 24-year-old, trendy, party-loving Manhattanite who is disillusioned after being busted for the illegal sale of alcohol at one of her bashes to raise rent money and is now looking for an honest career and realizing she isn’t fit to do anything worthwhile. This slight plot and mostly sitcom material low-budget film, proves to be a lot of fun mainly because the zany Posey is so likable as a weirdo. Writer and director Daisy Von Scherler Mayer does a nice job keeping the comedy rolling along and the lightweight film from becoming too light–though as a morality play it suffers from having no point of view. The script was co-written by Harry Birckmayer and Sheila Gaffney.

The action picks up when Posey comes to the conclusion after being bailed out of jail that she should be doing more with her life than being a party girl, and she seeks career fulfillment by working as a clerk for the N.Y. Public Library, even though she has no skills. She hilariously immerses herself in the Dewey Decimal System.

The director’s actress mother, Sasha von Scherler, is cast as the library manager and Posey’s concerned godmother and boss, and the one who got Posey the job.

As Posey reinvents herself, she shuns her old lifestyle and falls in love with nice guy falafel vendor (Omar Townsend), who was a teacher at home in Lebanon and aspires to do the same in America. In her new maturity, Posey also helps her roommate Leo (Guillermo Diaz) in his goal to become a professional DJ. Her other close friend is gay designer (Anthony DeSando), who adds to the comedy in a supporting role.

Party Girl was nominated for the Grand Jury Prize at the 1995 Sundance Film Festival and was later turned into a short-lived Fox sitcom. 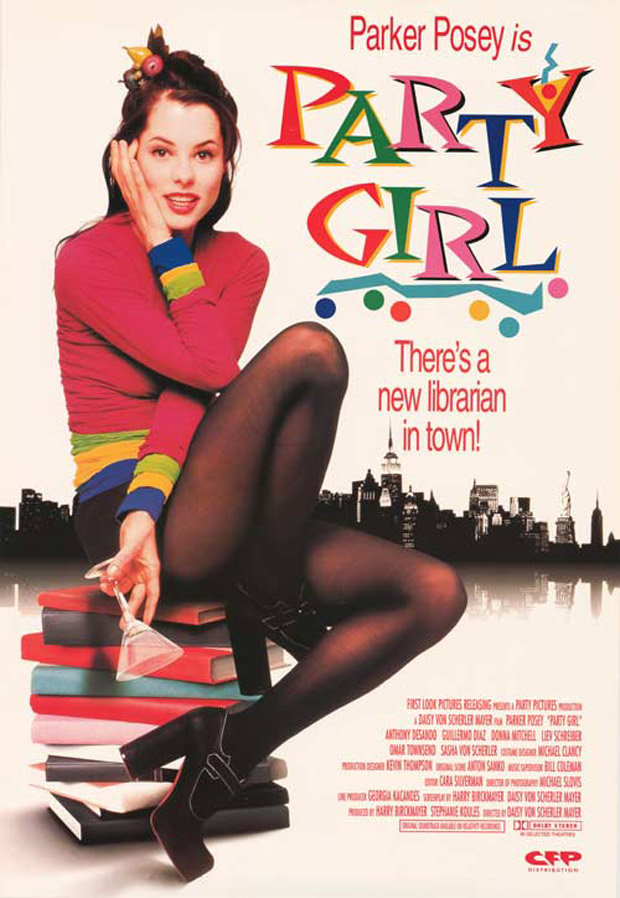