This quirky dramedy is adapted from the 2011 Either Way, an Icelandic film by Hafsteinn Gunnar Sigurðsson. The 38-year-old filmmaker David Gordon Green (“George Washington”/”All The Real Girls”/”Pineapple Express”) returns to his indie roots, after failing more or less artistically with a few mainstream raunchy comedies, with this weird charmer that’s so wonderfully goofy it ruefully hides its observant serious look at the emotional and financial problems Americans face while trying to recover from their ruined lives. The two bickering friendly protagonist, the twenty-something sassy city boy Lance (Emile Hirsch) and the more rigid buffoon-like know-it-all older road crew boss Alvin (Paul Rudd), fancying himself as an outdoorsman, work painting yellow lines on the desolate highway, somewhere in central Texas, in 1988, one year after a devastating fire, with an undetermined cause, damaged a great part of the forest and made it uninhabitable.

They seem like eccentric characters out of a Samuel Beckett play, forging an unlikely friendship, who found a home in this thoughtful and amusing parable, as Green strikes a fine balance between being funny, meditative and, at odd times, surreal.

Perhaps the funniest and most meaningful bit is when either man is upset and the other always wants to talk about it, but the one affected calls him off by saying Can we just enjoy the silence? This aside amusingly becomes the film’s recurring tag line. 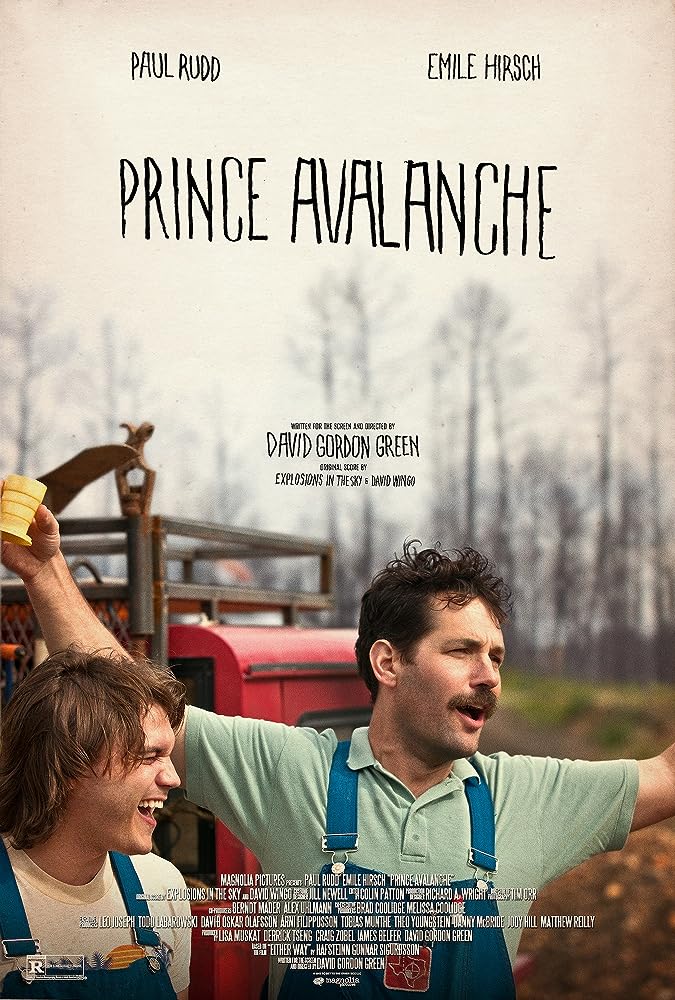