An overlong, overwrought and over familiar dirty cop thriller, that bristles with energetic macho cops caught up in a corruption scandal and left with the dilemma of being loyal to their fraternal order or stepping up to tell the ugly truth about their police brothers. Unfortunately all the tension it builds on and the logic of its story completely falls apart during its over-the-top ridiculously violent climax. The son of a detective, Gavin O’Connor (“Miracle”/ “Tumbleweeds”), directs while Narc director Joe Carnahan is his writer collaborator. The prototypical Irish family police drama, filled with countless clichés and stereotyped characters, is based on a story by Robert Hopes, Gavin O’Connor and his brother Gregory that desperately tries to get something fresh from a by now familiar police procedural tale (you’ve seen it all before despite its effort to be a bit different).

The film is set in contemporary NYC. Honest cop Ray Tierney (Ed Norton) has a desk job in the unexciting Missing Persons Bureau ever since two years ago when he became embittered over an incident in Mott Haven, that left the hotshot undercover narc forced to lie on the stand to save the behind of a bad cop. Things get hopping when four police officers are killed during a drug bust over the Christmas holiday season in Washington Heights by an Hispanic drug dealer (Ramon Rodriguez), where Ray’s older brother Frannie Tierney (Noah Emmerich) is the commander of the precinct. The family patriarch, Francis Tierney Sr. (Jon Voight), a retired ex-police chief of detectives, still with juice among the brass, whose face is pink from too much booze, requests that the intellectually gifted Ray gets serious and use his God-given talent to join the special unit task force to get the druggie killer and show ’em he’s a Tierney. Ray is nursing a bad facial scar (indicating deeper emotional wounds), going through a divorce with a woman (Carmen Ejogo) he still loves and living alone in his dad’s leaky houseboat. Dad’s impassioned plea is accepted and Ray soon discovers his hotheaded football loving and family loving brother-in-law, Jimmy Egan (Colin Farrell), a street patrol cop working under Frannie’s command, is a dirty cop and that the four cops killed were also dirty; in fact, it seems all the cops, except for the precinct commander, are thuggish shakedown artists of the local stores and receiving kickback money from drug kingpins to look the other way. This somehow means straightarrow Frannie, who spends quality time with his beloved cancer-stricken wife (Jennifer Ehle), will go down for not being aware of the corruption, unless Ray follows dad’s advice to cover it up.

The film deserved to be better than merely a cookie-cutter formulaic police drama, as the performances were uniformly good, it had an exciting feel, a good grip on the weariness of being a cop in a bad crime area, it knowingly depicted the ugliness of the streets and how it’s brought home to the families, it authentically detailed the insular life of a cop and it offers some gritty visuals of a city under siege from both bad hombres and bad cops. But the story ultimately rings hollow, as just another meaningless cop film that is filled with brutality, a murky morality about doing the right thing and a sense of dispiriting entertainment–ultimately shouting out messages of truth any reasonable person should know, such as blind loyalty to an institution is not in the public’s interest and that it’s not worth dying (spiritually or physically) in order to pad your city paycheck with money from drug dealers.

The film sat on the shelf for two years over studio politics, as it was afraid to release a film in the post-9/11 days that showed the NYPD in a poor light. 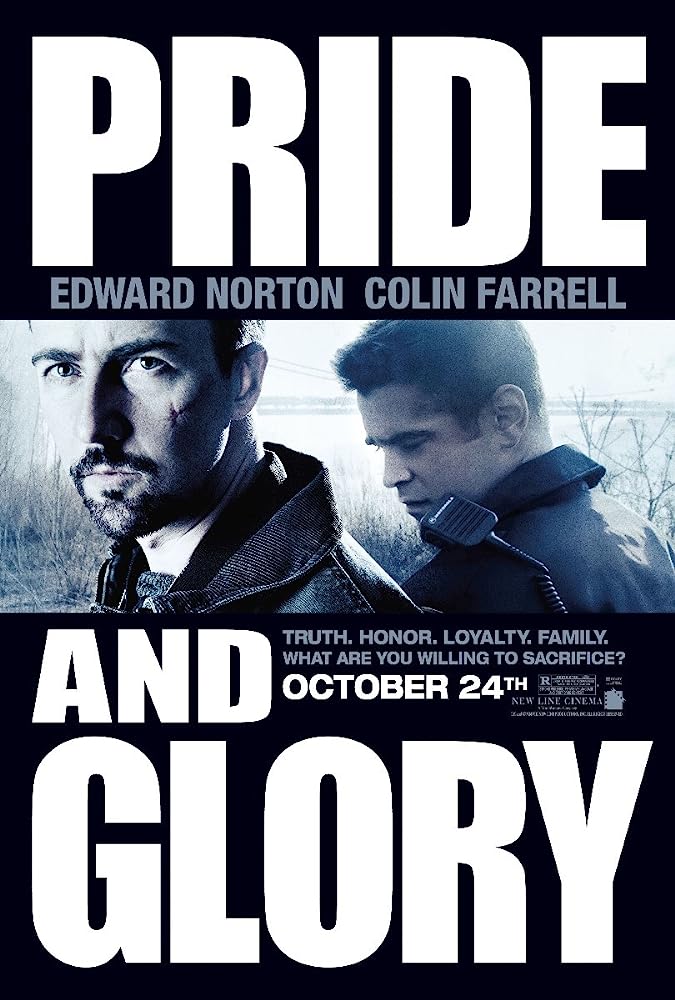 DEFLOWERING OF EVA VAN END, THE