“Is filled with enough cliches to fill all the potholes in Manhattan.“

A bland coming-of-age MGM musical, that’s stuck with a stale screenplay by Richard Connell and Gladys Lehman. It only comes to life when Judy Garland sings a few songs. Under the uneven direction of Norman Taurog (“If I Had A Million”/”G.I. Blues”/”Girls!Girls! Girls!”) the over-familiar story of the aspiring actress from the sticks becoming a Broadway star is a long slog through predictable Hollywood material and is filled with enough cliches to fill all the potholes in Manhattan. It’s based on the 1933 novel by Booth Tarkington. The only wonder I had about this so-so offering, aside from all the ladies wearing hats with feathers, was how the Tarkington novel got so stepped over by MGM pulling out so much cornball fantasy shtick.

19-year-old Lily Mars (Judy Garland) leaves her jealous small-town Midhaven, Indiana, hick boyfriend (Ray McDonald) and her widowed enterprising hat-making mom Flora (Spring Byington) and her four younger cute siblings to try and become a star on Broadway. The pushy Lily made a pest of herself asking for a break when the young big-time Broadway producer John Thornway (Van Heflin) visited his hometown of Midhaven and stayed in his mom’s (Fay Bainter) house. Without John’s knowledge but with her angelic mom’s blessing, Lily hitch-hikes to the Great White Way.

At first John is disturbed by her appearance, but because of his mom gives her a small part as a maid in his upcoming play. But the play’s star Isobel Rekay (Martha Eggerth) has a jealousy attack over Lily and walks out. John makes the greenhorn the star, but her rehearsals are not good. Thereby John charms Isobel to return and gives Lily her original bit part. Before the third act ends, the busy producer realizes he’s in love with Lily and they marry. Wouldn’t you know it, she’s soon a star on Broadway!

The film was poorly received by critics, but did a good box office because of the popular and amiable 19-year-old Judy in her first adult role relating well to her captive audience. 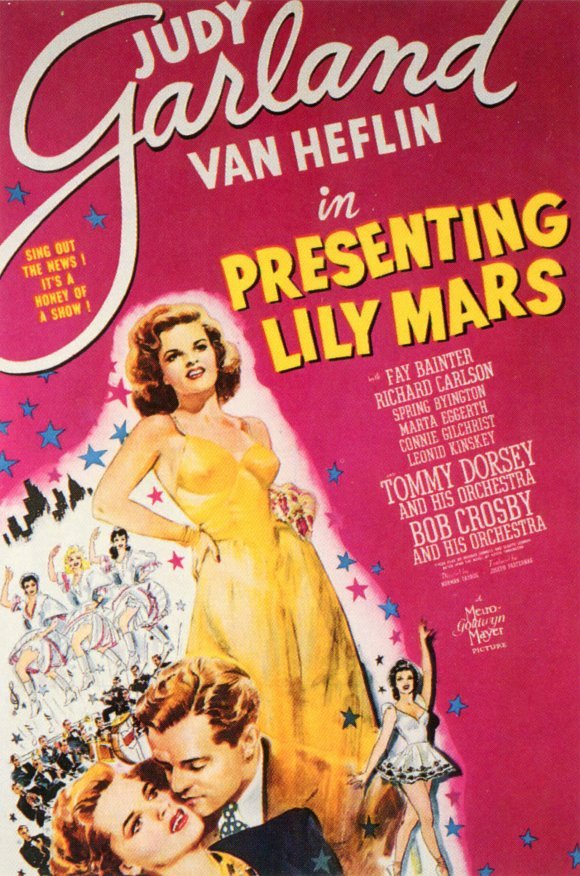 PRICE OF FEAR, THE