“This unscripted and uncompromising study of a self-proclaimed street hustler is a fine example of the pioneering film movement of cinema verité.”

Provocative experimental filmmaker Shirley Clarke(“The Cool World”/”Ornette”/”The Connection”), one of the founders of vital archive, directs this landmark documentary conversation piece film, that has as its subject the fascinating black hustler, homosexual, pill popper, boozer and aspiring nightclub performer, Jason Holliday, aka Aaron Payne. He tells us how someone he trusted in San Francisco christened him with his new name, and he loved it because it energized him. On the evening of 12/3/1966 Clarke and crew filmed the middle-aged, bespectacled, Jason for twelve straight hours. He incessantly talked about his life experiences while interviewed by the unseen Clarke and her crew in her Chelsea Hotel apartment. Jason is never off camera for the entire 107 minutes.

It’s not a film that will please all or does it take sides with any of the morality questions that arise, instead it lets Jason say what’s ever on his mind with no interference. Jason’s soulful trip on the dark side may be upsetting, as he colorfully, pulling no punches, explores what it’s like to be black, a male prostitute and gay in the America of the 1960s–a time when homosexuality was illegal and the country still had deep rooted racial issues both in the north and south. Such a frank portrait at the time was unheard of and was shocking. Even though the film has in today’s world lost its shock appeal, it still stands out as a riveting subject study that captures our curiosity.

The underground feature was unavailable for years until recently restored by the Academy Film Archive, Milestone Films and Modern Videofilm.

Jason, with a nervous habit of always laughing in a self-mocking way at what he says, held court while openly telling of his nightclub aspirations and the stories behind his funky life. This unscripted and uncompromising study of a self-proclaimed street hustler is a fine example of the pioneering film movement of cinema verité. In the gist of the film Jason tells of his childhood adventures, his experience as a houseboy to the rich, his maddening sessions with shrinks and many of the disturbing experiences he encountered as he tried to avoid at all costs supporting himself with a straight job where he would have to punch a clock.

The gifted story teller tells us in all sincerity the little white lie that “I’ve spent so much of my life being sexy, as you can see, that I haven’t gotten anything else done.” 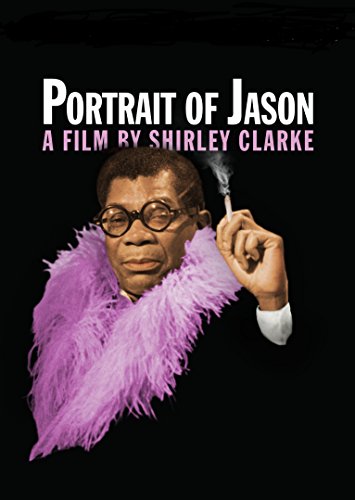