Alexander Portnoy (Richard Benjamin)isthe screwed-up thirty-three-year-old New York Commissioner of Human Opportunity, who always has lecherous thoughts. In his weekly session with a shrink (D.P. Barnes) he goes into one long tirade after another, that includes one about his high school days with his smothering Jewish mother (Lee Grant); how he ticked off his religious father (Jack Somack) by calling the Jewish religion “a bunch of lies;” fondly recalling his shikse ex-girlfriend Mary Jane (Karen Black), who is called The Monkey because of a sexual position she created, and whom he now has visions of falling from the sky; and his sloppy first sexual encounter in the home of the slutty Italian teenager Bubbles Girardi (Jeannie Berlin).

The film has little sympathy for its Jewish characters or for the ordeal its lead character goes through to find liberation, something that Roth had a great deal of fun writing about and offered a lot of cutting-edge satire depicting what the troubled lad had to go through to come out a mensh in such a limited household. Aside from the pleasing performances by Karen Black and Jeannie Berlin, the acting was sub-par–with an uninspired Benjamin performance that failed to humorously bring out the Jewish angst his character was going through and that the familiar stereotyped Jewish mother role by Grant failed to impress, as her unsympathetic character seemed to be so demeaning that it was an insult to the Jewish people. 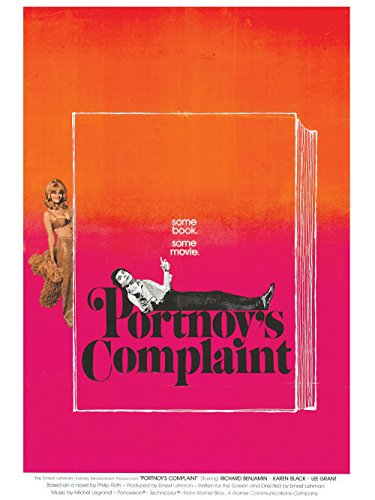