A pulp fiction far-fetched crime drama, that’s too ridiculous to be believed as anything more than diverting. But because of its adrenaline rush, fans of the genre might easily be won over by its well-choreographed non-stop action scenes. French director Fred Cavayé (“Anything For Her”)keeps it fast paced, with a thrill a minute.It’s cowritten byCavayé and Guillaume Lemans.

Samuel Pierret (Gilles Lellouche) is a happily married male hospital nurse, whose Spanish wife Nadia (Elena Anaya) is nine months pregnant.The nurse saves an unidentified patient, run over by a motorcycle, after someone sneaks into the hospital and cuts off his oxygen supply. It’s later discovered the patient is the dangerous criminal Hugo Sartet (Roschdy Zem), wanted in an armed robbery murder of a shady tycoon. At home the nurse is beaten unconscious while his wife is kidnapped. Soon he receives a call saying his wife will be killed unless he smuggles out of the hospital within the next three hours the wounded Hugo. Rather than notifying the police, the burly nurse decides to go it alone and manages to escape with the wanted desperado despite the presence of a police guard.The nurse thereby finds himself on the wrong-side of the law, with his picture plastered all over the tube and in the newspapers, and he is being chased around the streets and subways of Paris while searching under duress for his wife.

It turns into a damsel-in-distress rescue film, as the possessed Samuel will do anything to save his wife but despite his heroic efforts he must ally with the vicious criminal Hugo because the cold-hearted police are involved in a turf war between rival commanders Werner (Gérard Lanvin) and Fabre (Mireille Perrier) and are of no help. The evil commander Werner is corrupt and acts just like a criminal, as he orders his corrupted squad to kill both the nurse and his wife to coverup their dirty business deals with the slain magnate. Thereby the unlikely hero goes through hell as things don’t get resolved until a finale Keystone Kops scene in the crowded same French police station where Werner and Fabre work.

If you just go with the flow of the roller coaster ride and suspend your disbelief over the absurd narrative and contrived set action pieces, you may be manipulated into having a favorable opinion of such a low-brow cheap thrill pic that offers little to ponder and was as emotionally involving as a Woody Woodpecker cartoon. I was put off by its outrageous plot machinations, its violence for violence sake form of entertainment, its simplistic notion that most cops and criminals are alike, and its supposition that an ordinary male nurse can suddenly be transformed into a super-hero action figure. 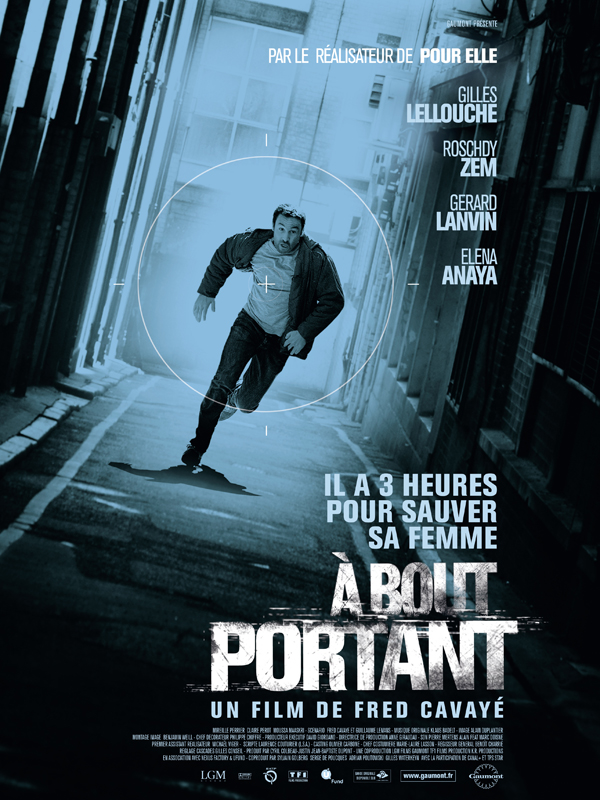