Former cinematographer for Jia Zhang-ke turned director, Nelson Yu Likuai (“Love Will Tear Us Apart”), directs this stylish but ugly and unappealing crime thriller, that has a messy script and shallow ideas. It’s co-written by the director and Danilo Gullane and Fernando Bonassi.

Yuda (Anthony Wong, Hong Kong actor) is a Chinese expatriate living in Sao Paulo, Brazil with his adopted son Kirin (Joe Odagiri, Japanese actor), who operate an underground racket of selling fake merchandise to the poor. They bribe the local corrupt politicians to make sure they stay in business with their street hawkers. Yuda’s criminal empire is tested when he’s betrayed by a rival and ends up in jail. Kirin takes over, and tries to get Yuda released from jail by bribing the venal police chief Coelho (Antônio Petrin). The kid also starts messing with dad’s singer woman Ocho (Yi Huang). Once a world-weary Yuda is sprung from prison, he finds his empire is threatened by the politicians making deals with the Chinese mafia and things are looking bleak for the sleazy criminal with the motto ‘sell fake goods, make real money.’ Yuda wants out of the business, but the kid fights to restore his father’s honor.

There are a series of convoluted bloody action scenes that hardly make sense, and to make it less coherent are presented in a non-linear time frame. The characters are all unsympathetic, thinly drawn and not worth caring about. The setting highlights the seediness in the Liberdade section of the city. The pic comes across as pointless and not worth seeing. I couldn’t tell the difference between the bad criminals and the good ones, and had no idea what the filmmaker was trying to say about such criminals. 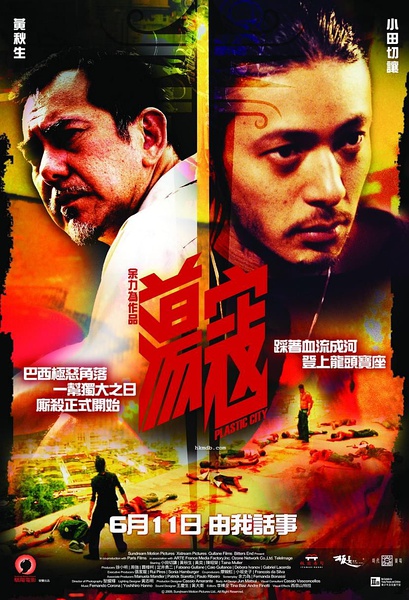