GREAT MCGINTY, THE (aka: THE BIOGRAPHY OF A BUM)

Writer-director Preston Sturges’s (“The Palm Beach Story”/”Christmas in July”) first film is a low budget black-and-white one where the director just to get started took a salary of only $10 from Paramount. It’s a delightful cynical satirical look at American politics. It has much fun mocking the American success story, claiming all you need to reach the top is the right connections and to have larceny in your heart. Though a shade below his great films, this one still bristles with both comedy and drama. From hereon, after the box office hit, Sturges is on his way to much success

The story opens in a cantina in a banana republic. A drunk American patron named Tommy Thompson (Louis Jean Heydt) tries to shoot himself in the men’s room, but is stopped by American barman Dan McGinty (Brian Donlevy). Tommy is accompanied by the dive’s protective dancer (Steffi Duna) to the bar, where both men tell of how they had to leave the country. Tommy was a bank cashier and tells of how he was honest all his life but for just one crazy moment. McGinty tells of how he was once a governor, and was a crook all his life but for just one crazy moment. He then tells his life story (in flashback), starting out when he was a bum stopping by a Chicago soup kitchen run by crooked Mayor Tillinghast (Arthur Hoyt) and was recruited by a crooked politician (William Demarest) to vote under the name of someone unable to make it to the polling booth and in return receives money. The bum votes 37 times which impresses political boss (Akim Tamiroff), who arranged the scam and is the man who pulls the strings in this town. The Boss then arranges for tough guy McGinty to become a collector for his protection racket and then an alderman, who is hardheaded but goes along with all the graft. When Mayor Tillinghast’s regime gets caught up in a scandal, the Boss switches to help the reformers and puts up McGinty as the mayoral candidate. The catch is that McGinty is forced to marry to impress the women voters. A business arrangement marriage is worked out between McGinty and his divorcee secretary Catherine (Muriel Angelus), who has two small children. For six-months they keep it strictly business, then McGinty gets jealous of her meek suitor George (Allyn Joslyn) and takes a fresh look at his wife and falls in love. The Boss helps McGinty get elected governor, but now that he’s a family man he listens to the liberal voice of his wife and for the first time tries to be honest and stop the corruption. This leads to his comeuppance, and the reason he had to flee the country.

Sturges won an Oscar for Best Script. Though the quirky and lively comedy has points in the script that fail to hold up as credible, it’s always pleasing, hard-hitting and has a good sense of how to include the inexpedient. It’s the kind of ironical film Capra wouldn’t or couldn’t make. 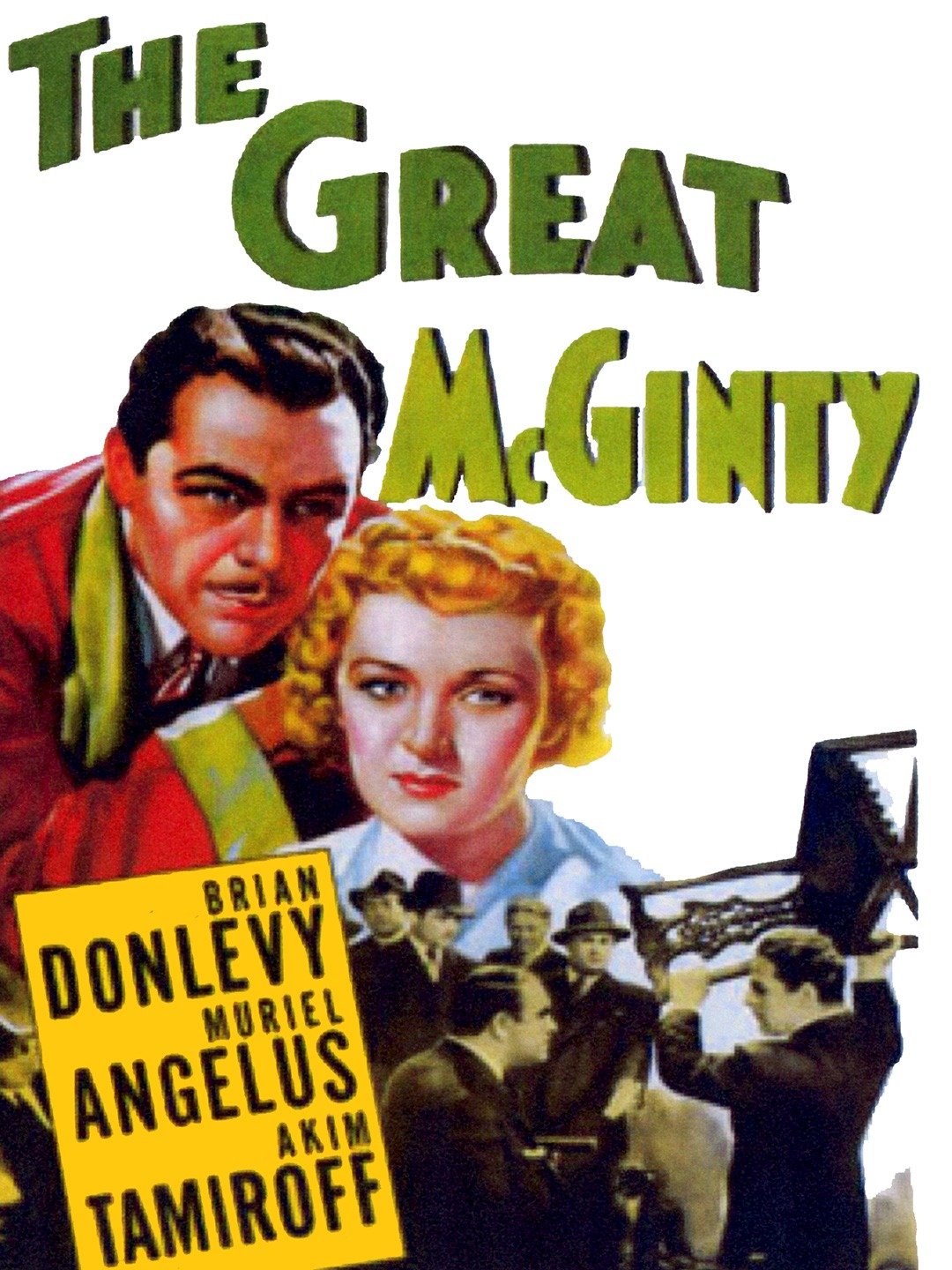