An unusual crime drama tautly helmed by Alain Cavalier (“Fire and Ice”/”Lives”/”The Meeting”. It’s based on the Parker series of novels by Richard Stark. The film was never released in America, except for film festivals. It transfers the novel’s action from the USA to rural France without a problem.

The film noir story revolves around a commando-like attack on a small mining town. The raid is organized by Edgar (Daniel Ivernel), a former CPA of the local Martens factory, in Servage, a small mining town in the French Alps. During the night raid Edgar put out of the service access to the police station, the fire station and the municipal telephone switchboard. Thereby the gang holdup of the bank, the post office safe, the town’s department stores and the factory payroll meets with no resistance. The leader of the commandos, hired by Edgar, is Georges Parker (Michel Constantin), a professional criminal. Though a well-thought out plan, things go awry when their finger man turns on them. 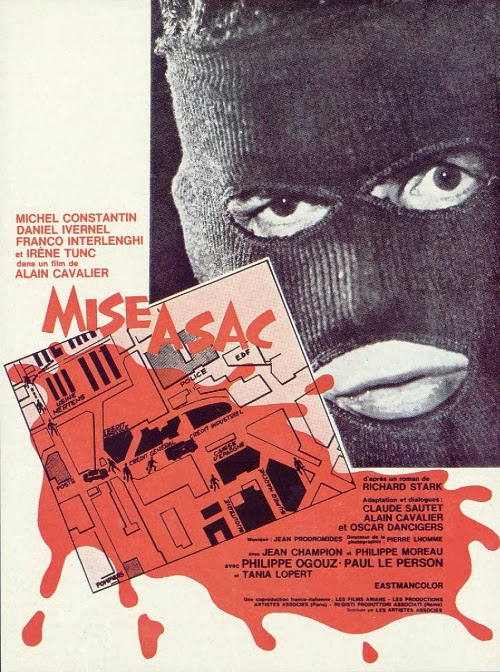