“Powell does a wonderful job turning such old-fashioned fare into an enjoyably atmospheric film.”

An early Michael Powell (“The Boy Who Turned Yellow”/”Return to the Edge of the World”/”Peeping Tom”) directed film, that’s based on the creaky play by Joan Roy Byford and adapted by Joseph Jefferson Farjeon. Powell does a wonderful job turning such old-fashioned fare into an enjoyably atmospheric film. It’s a low-budget “quota quickie” picture, that was made some years before Powell reached international acclaim with such classics as Black Narcissus and Red Shoes.

Cockney lighthousekeeper Sam Higgins (Gordon Harker), with 25 years of service, is transferred to the desolate coast of Wales after the so-called phantom light lured a freight ship to its destruction and two previous lighthouse keepers disappeared. The locals tell Sam the lighthouse is haunted. During his first night on duty, Sam is joined by an investigating naval officer Jim Pierce (Ian Hunter) and a ditsy insurance investigator inappropriately named Alice Bright (Binnie Hale), who purposely run out of petrol for their motorboat and demand to stay in the North Stack lighthouse. When Capt. Pierce’s freight ship (he’s Jim’s brother), the Mary Fern, is about to crash into the rocks becausewreckers out to collect insurance money overtake the lighthouse keeper and his two helpers (Herbert Lomas & Mickey Brantford) and kill the light, Sam is helped by the two investigators to solve the mystery and prevent the latest wreck.

Great comic relief is provided by the character actor from the silents, Harker, who squeezes out plenty of funny bits from his meaty role. 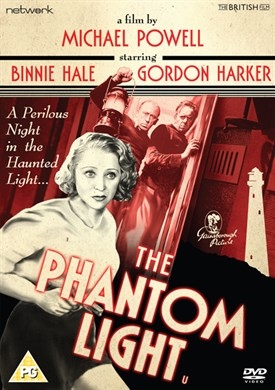