The district attorney (Gayne Whitman) encourages the assistant district attorney, Edward Clark (Dick Purcell), to indict the community’s most respected member, a deaf-mute philanthropist, John G. Harrison (John Hamilton), as the cold-blooded strangler killer of the president of the Cromwell Finance Corp. The black janitor Nicodemus (Mantan Moreland) tells the lawmen he gave Harrison a light for his cigar on the night of the murder, when the deaf-mute emerged from the victim’s office and verbally responded to him. Clark also learns that similar murders were committed in other cities on the evenings that Harrison was attending charity functions.

The amoral district attorney encourages Ed to indict Harrison, hoping that he will fail and thereby not take over his job. At the trial a physician testifies the accused cannot speak, and Harrison is found not guilty. Ed quits in order to investigate on his own, as he feels a guilty man was set free. An informant named Davy (Elliott Sullivan), enticed by the $5,000 reward money put up by Harrison to find the killer, claims he knows who did the crime. Before meeting with Ed, Davy meets with Harrison and threatens to rat him out unless paid a big sum of money. Later Harrison visits Davy in his room, and Davy is found strangled to death. The next vic is police lieutenant Brady (Kenneth Harlan), suspicious of Harrison when he observes a piano in the mute’s apartment. The cop is killed after trying to get a search warrant for Harrison’s place.

Meanwhile Ed’s main squeeze, newspaper reporter Barbara Mason (Joan Woodbury), is granted an interview with Harrison, and is impressed with his life story and believes his alibis that he was at public events during both murders. She cools to Ed, as she believes Harrison innocent and that her boyfriend is unfairly harassing a model citizen. But Ed is sure Harrison did the crimes and pursues his main suspect, even if it means losing the love of his life.

The trick ending might turn off as many as it turns on, though the trick piano is a good one. 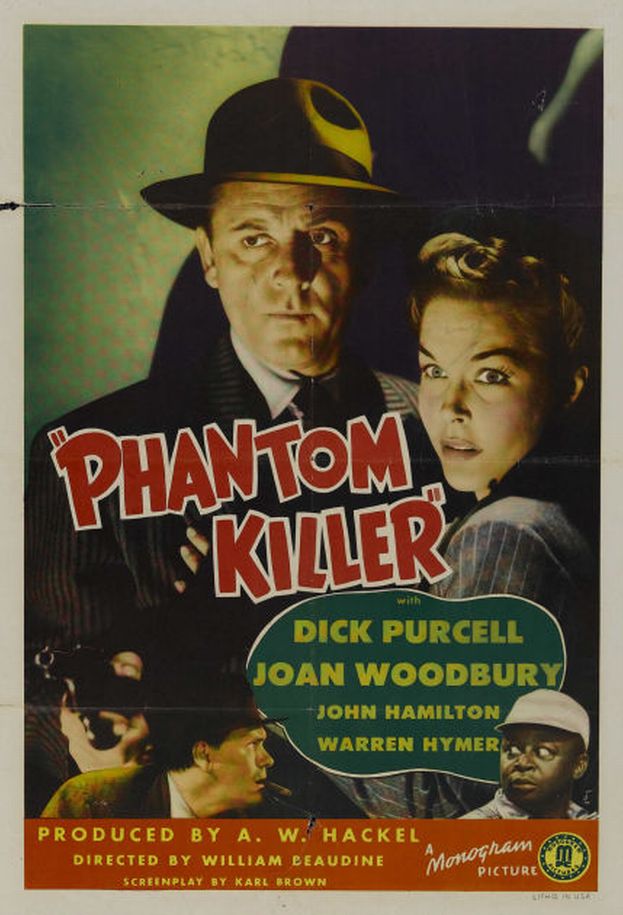