A stupid celebrity revenge film that should never have been made. Mel Gibson and some celebrities were talking about paparazzi nightmares and Gibson said “What a great revenge film this would make.” I got news for Mel, the idea wasn’t so hot and the film you made stinks. It is so dreadful and humorless that it makes it near impossible to find anything good to say about the film, except that Tom Sizemore’s awful performance as a scummy villain was so far over-the-top that it was amusing in a twisted way.

On its website it says that the paparazzi are despairingly viewed as irresponsible players in the public’s insatiable appetite about information and photos about their favorite stars. They relentlessly and unethically trail their prey-the showbiz stars-at all hours of the day and night. The producers thinks it’s swell to see a Hollywood star get his satisfaction by dishing out to scumbags what they have coming to them. The film’s hateful message revolves around the biblical “eye for an eye” justification for revenge. It appeals to the viewer’s basest instincts, and reaches for new lows in filmmaking. It plays as Mel’s gift to the Hollywood community, after his previous blood-thirsty film The Passion of the Christ was given as a gift to the Christian evangelical community. This Mel guy is full of gifts.

Paul Abascal (hair stylist for such films as Die Hard and the Lethal Weapon series and also a director of various TV shows over the years) puts down his hair clippers and directs from a screenplay by Forrest Smith. The plot to this misogynist film is ill-conceived, the actors are wooden, the underdeveloped story is pointless and everything about it is farfetched, senseless and brainless.

It chronicles how four slimy paparazzi characters with prior police records, Rex Harper (Tom Sizemore), Leonard Clark (Tom Hollander), Kevin Rosner (Kevin Gage), and Wendell Stokes (Daniel Baldwin), team up to make life unbearable for new action picture hero Bo Laramie (Cole Hauser). They invade the Montana native’s new luxury Malibu home to take photos for their cheesy tabloid and then follow him to his son’s soccer game, where Bo is suckered into taking a swing at a taunting Rex doing his shutterbug thing. It results in a big payoff for a civil law suit against Bo and the court forces him to see a therapist for anger management. The celebrity and his family are then pursued after a night event by the crazed photographers, ala Princess Di’s death scenario, causing a car accident badly injuring his lovely wife Abby (Robin Tunney) and putting their adolescent son Zach (Blake Bryan) in the hospital with a coma. Detective Burton (Dennis Farina) takes charge of the case, but mentions he can’t do anything unless a witness comes forward. There was a witness, Marcy (Fay Masterson), who was picked up in a bar and taken along for the ride by the evil Rex, but she can’t come forward because Rex blackmails her.

Since the law works against the handsome nice-guy star and his picture-perfect nuclear family, the film’s logic is that the star will have to resolve things by taking the law into his own hands. In a mindless way Bo seeks to eliminate his four nemeses by a motorcycle accident, a forced suicide by cops, and a baseball bat. Though the lone cop suspects Bo was involved in eliminating the scum, he lets it slide in the name of family values and all that good stuff.

The film presses the bogus point that we shouldn’t be envious of the stars because there’s a heavy price to pay for stardom. There are meaningless cameos by Vince Vaughn, Chris Rock, Mel Gibson, and Matthew McConaughey. But as meaningless as these cameos were, they were more exciting than this meaningless film. 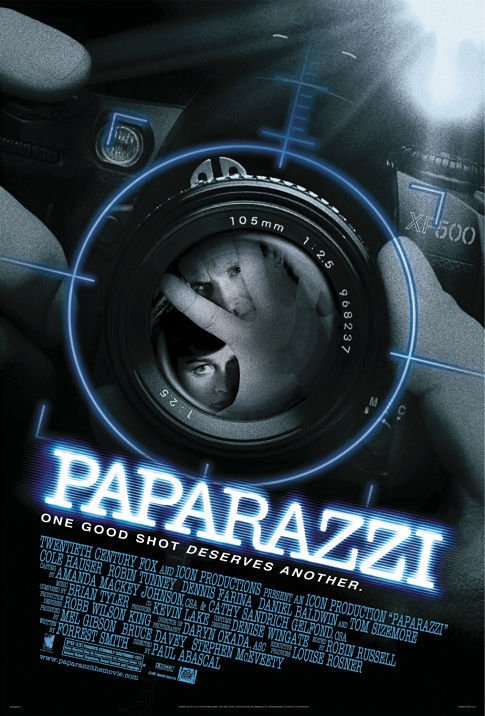