A stormy dark tale of romance that tells of a hard-luck chorine and her misfortunes in love. Ralph Murphy(“Lady in the Iron Mask”/”Mickey”) directs the B-film from a story by Garrett Fort.

A nervous Flo (Helen Twelvetrees) enters a NYC speakeasy and is followed by a boisterous McTeague (Charles Bickford). They knew each other in Panama but have not seen each other for the last three years. In flashback we learn that Flo was a NYC chorus gal, who worked in Sadie’s (Maude Eburne) club in Panama. Flo was engaged to Babe Dillon (Robert Armstrong), a pilot who leaves her for some work assignment in the South American jungle and fails to return as promised. Flo is stranded in Panama without work and with no fare money to return to NYC, when Sadie convinces her to hustle a drunken burly oilman, McTeague, waving around a big bank roll in her bar. Flo’s unemployed dancer colleague Pearl (Marjorie Peterson) partners with her in the scam, but takes the bank roll for herself and books solo passage home. The irate oilman forces the grief-stricken Flo to go with him to the South American jungle to be his housekeeper, as the wildcatter searches for oil. One day Babe finds Mac and Flo in their remote jungle spot and pretends his plane needs engine repairs, and tells her to keep quiet and he’ll take her away the next day. But his real plan is to steal Mac’s well-secured map of his oilfield and bring it back to his boss for a big reward. When Flo learns Babe is a crook and cares only about the oil and not her, a struggle ensues and in the struggle Flo fires Mac’s gun and thinks she has killed him when it was really the returning Mac. Mac hides the body and plane, and gives Flo fare money to NYC. so she will not be questioned by the police if they should come around. As we leave the flashback, we wonder if there’s a future together for these two unhappy souls–one a wealthy oilman who pretends he’s poor and the other who is poor who pretends she married a wealthy oilman.

It was remade as Panama Lady (1939) and starred Lucille Ball. 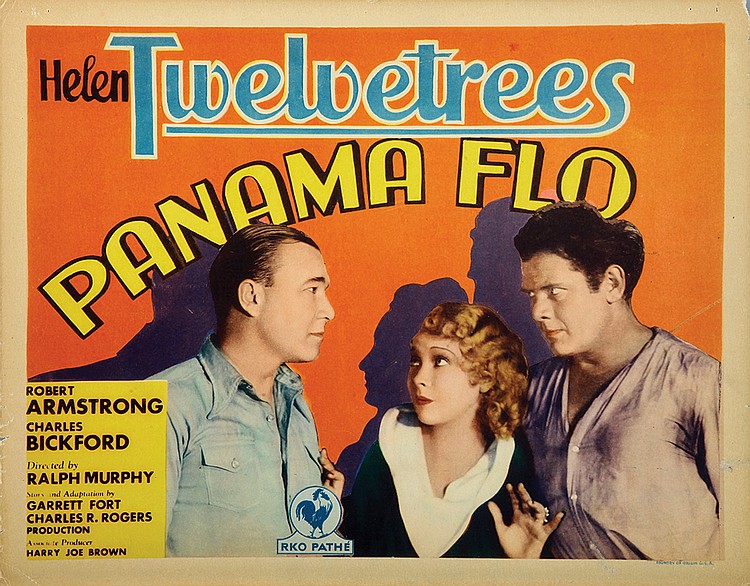 SKY IS EVERYWHERE, THE