This is Todd Solondz (“Welcome to the Dollhouse”/”Storytelling”) at his most demanding, disturbing, bleakest, and anti-humanistic. This poignant noncommercial psychological drama (shot at Bard College) aims to please only the filmmaker (thankfully he refuses to yield to pressures to make things more socially acceptable and viewer friendly), rather than pro-lifers and pro-choicers, in its revelations about abortions, contemporary life for the young, and questions about freedom. Its odd mixing of pathos and humor plus its quirky take on humanity’s miserable existence, make it almost unmarketable (but that’s not to say unworthy). The setup is schematic; Solondz has sliced the lead role up among eight diverse actors, ranging from a six-year-old black girl to an adolescent white boy to Jennifer Jason Leigh. Thereby venting his slings at all kinds of people, causes and beliefs. He’s an equal opportunity satirist, finding everyone he encounters open to criticism.

It opens with the dedication, “In loving memory of Dawn Wiener.” She was the lead character in Welcome to the Dollhouse. Then it has the frightened chubby twelve-year old Aviva, a cousin to Dawn, as a black girl seeking comfort from her mother Joyce (Ellen Barkin) that she will not experience the same fate as the suicidal Dawn. Mom offers her assurances of love and understanding. Aviva states she wants to have lots of children, therefore she will never be lonely. The loving attitude by mom changes after Aviva and family visit the Wallaces and their overweight son Judah (Robert Agri) gets her pregnant. Mom becomes hysterical and authoritarian, refusing to allow Aviva to have the child. Mom reveals she had an abortion of a baby boy she would have named Henry, and this gave her the opportunity to give all her love and material wealth to Aviva.

After Dr. Fleisher performs the abortion Aviva runs away under the name of Henrietta, the name she had chosen for the baby girl. A truck driver named Joe (Stephen Adly Guirgis) takes her to a motel and has sex with her before dumping her. Henrietta then as a grossly overweight black woman (Sharon Wilkins) finds she’s welcome in the home of Mama Sunshine (Debra Monk), an evangelical Christian who with her husband Bo has adopted a motley group of disabled kids. They have the children perform as a Christian rock-gospel inspirational singing group, praise Jesus at every opportunity for giving them the strength to save the children from the cruel secular world, and offer love that comes with the price tag that you must open your heart up to Jesus. Behind her smiles Mama Sunshine has a hidden religious agenda–she’s a pro-lifer who believes in stopping the abortionist with any means possible and that includes violence. It turns out trucker Joe, now called Earl but whose real name is Bob, lives in a mobile home near the Sunshines and is their friend. In fact he has been asked there to assassinate the doctor who performed Aviva’s abortion. Aviva reunites with Joe and helps him carry out his mission. Aviva then returns to her parents’ home and her happy mom and dad throw a party, where Aviva insists accused creepy child molester Mark Wiener (Matthew Faber), Dawn’s nerdy brother, be invited. Their conversation goes like this– Mark: “I’m not a pedophile.” Aviva: “I believe you— pedophiles love children.” Mark goes on to offer his grim view of life, stating no one ever really changes from their basic nature and that there’s no such thing as free will. It becomes clear that Solondz is not letting anyone encountered in the film off the hook. He points out that it’s too bad children are almost always forced to look for love in places that come with a heavy price tag. The hypocrisy of the do-gooder born-again Christians is exposed by their willingness to take a life even though they proclaim to be pro-life and that the pro-choice parents when the chips are down refuse to give their daughter (even if she’s underage) a choice of whether or not to have a baby. The human condition is viewed as one of consternation and implausibility by the director, and this film reflects his pessimism if activists can ever make things better.

Though I’m not drinking the Kool-Aid on all of Solondz’s ideas, I appreciate that his disturbing uncompromised film has great value (like it or not) in furthering the way society should look at itself with a greater sharpness; its only problem might be that the human landscape featured has too many bumps on the road for this film to give full justice to all the rich material unearthed. 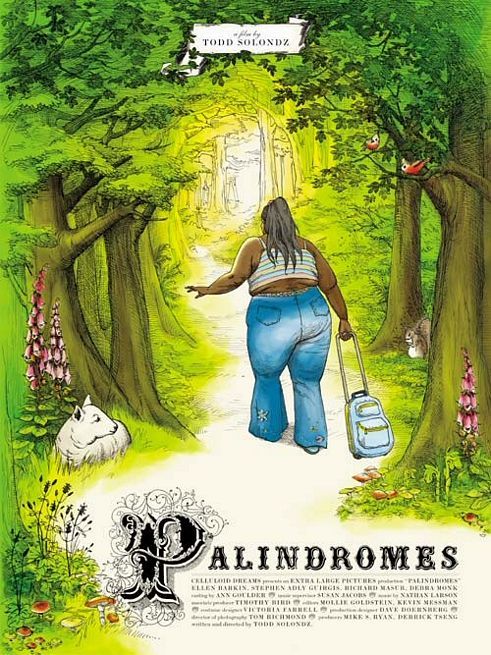