Silly B-Western about rustlers, a wild white stallion, and a young boy obsessed with the horse. It’s directed by Fred F. Sears and scripted by David Lang from his own story. The film was shot on location in Utah, and the photography by Lester White is stunning; also there are a number of great shots of the stuntmen handling the horses with skill.

Mary Saunders (Dorothy Patrick) is the doting mother of Danny (Billy Gray), and ‘Doc’ Woodrow (Phil Carey) is the suitor of the widowed rancher. Mary’s husband was killed when he tried to break a wild horse, and she refuses to let her young son break wild horses and possibly suffer the same fate. In their area there are a number of wild horses in the mountains that the law says can’t be caught, but bad-guy Hagan (Roy Roberts) has just arrived with a gang to round-up these wild horses and smuggle them over the border to sell. Hagan uses his prize horse Amigo to lure the horses, but they follow the white stallion. To see who will lead the herd, the two horses fight and the white stallion wins in a ferocious hoof-to-hoof fight. Danny rescues the horse from quicksand after the horse killed one of Hagen’s henchmen who roped the stallion and then was abusive to him. Bringing the horse home, mom becomes all shrill and soon is conned into giving away the horse to the oily Hagen. When the kid runs away and follows Hagen, he discovers he’s the leader of horse thieves and is kidnapped. When mom follows, she’s also kidnapped. But Doc gets the sheriff and with the help of a posse they ride on horseback to chase down the outlaws riding in vans, and a ridiculous but fun to watch climax ensues. The middle-aged and overweight villain gets into a fistfight with the physically fit Doc, which proved to be as much fun as the horse fight. 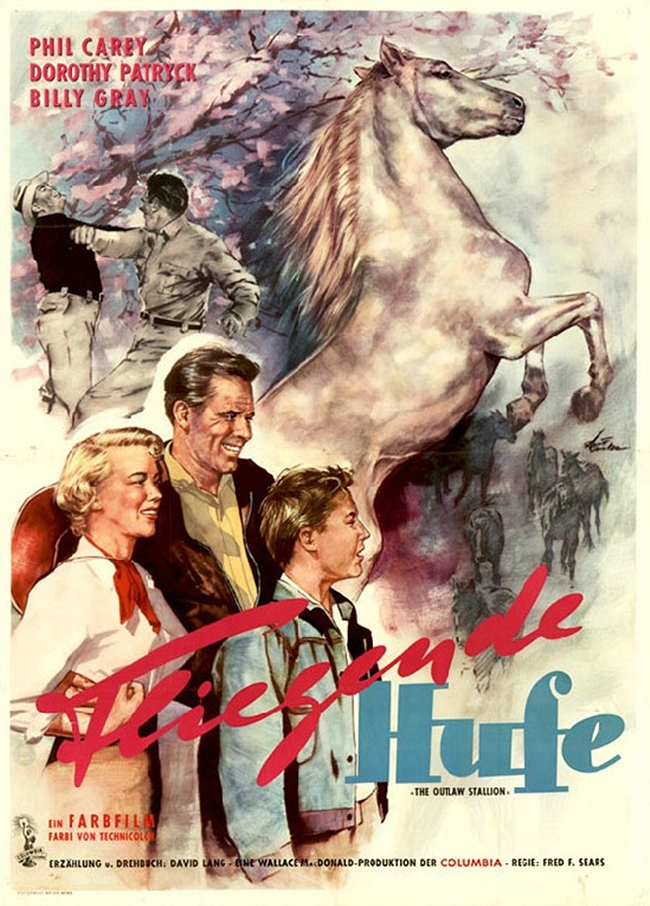