Adam McKay (“Step Brothers”/”The Landlord”/”Talladega Nights: The Ballad of Ricky Bobby“) directs this passable satire on the buddy-cop action-comedy genre, that veers between being wacky fun in its goof about going after the typical commercial Hollywood cop movie and then surrendering to the genre’s usual set pieces by doing the same action scenes in earnest that it was just goofing on. You can’t have it both ways, which becomes the film’s biggest artistic mistake (but not necessarily a commercial miscalculation).

CowritersChris Henchy and McKay tailor the material just right for the mismatched opposite idiot partner NYPD detectives: Terry Hoitz (Mark Wahlberg), ahot-tempered macho cop demoted to desk duty after wounding New York Yankee star Derek Jeter by mistake at the World Seriesand hismilquetoast forensic accountant partner, Allen Gamble (Will Ferrell), happy to just be working at his desk on police reports. The misfit sad sack partners work in the same downtown office as the headline grabbing media darling lunkhead macho partner hero supercops, Highsmith (Samuel L. Jackson) and Danson (Dwayne Johnson), who are reckless but thought of by the public as sexy cops who keep the city safe.When the superheroes die in action, Terry wants to take their place and clamors to leave the desk for exciting field work but has a hard time convincing his safety-first dweeb partner to leave the desk.

When Allen discovers by accident that oily Brit billionaire financier, David Ershon (Steve Coogan), is involved in some shady white-collar business scheme of bilking investors, the desk cops get their action.

The pic offers some sophisticated goofs on the genre with weird jokes about lions and tunas in combat for animal supremacy of the ocean (jokes aimed at an arthouse audience) and a timely didacticcritique of institutionalized financial corruption, but then cowardly revert to the usual car chases, shoot-outs, confrontation with the bad guys and explosions.

Eva Mendes has a sexy turn as the unlikely wife of Ferrell, as she milks a number of cooing jokes about hubby’s surprising sexual potency and gets to sing the catchy tune “Pimps Don’t Cry.”Michael Keaton is fine as the uptight police captain, who works two jobs (moonlighting as a manager at a Bed, Bath & Beyond) so his bisexual son will get a good education at NYU and plays things close to the vest as he doesn’t want to ruffle the feathers of the big boys upstairs.

If it wasn’t for Will Ferrell’s ability to be comically absurd this film, with all its dead-spots and lumpiness, wouldn’t have worked. Through Ferrell’s inspired madcap silly antics, there are enough funny moments to overcome its fear of trying to go for broke and be as witty in its observations of society as were past great comedians Tati, Chaplin and Buster Keaton. Instead it sinks its teeth into being a cross between a typical action-comedy commercial film and one yearning for some artistic integrity. How well one likes it, depends on how much one cares for Ferrell. 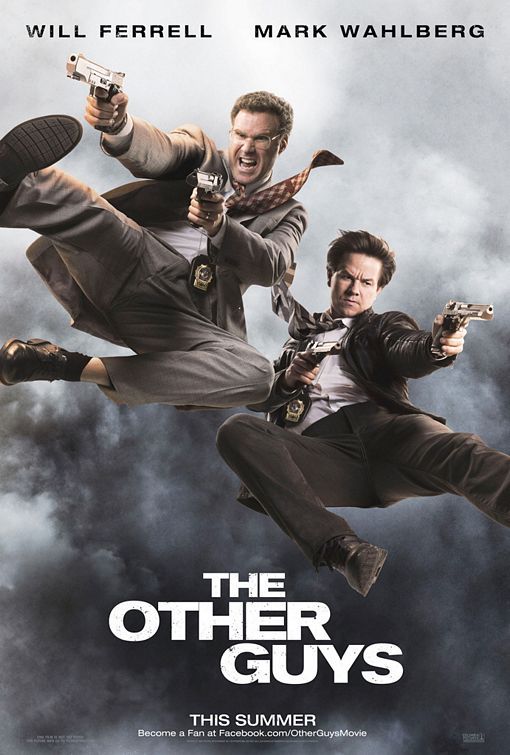