Directed without conviction by veteran television director Lee H. Katzin (“Heaven with a Gun”), from a story byFrancis M. Cockrell. The teleplay is by Cockrelland Leon Tokatyan. It might be alright for television fare, but is below average for cinema. The title tells all, an ordeal to watch such an arid desert survival flick. The three main characters are unsympathetic figures and the story is so lacking in entertainment value, even its man vs. nature theme never is tense or convincing or interesting.

Unhappy wealthy couple, Kay (Diana Muldaur) and Richard Damian (Arthur Hill), hire a dude ranch cowboy, Andy Folsom (James Stacy), to guide them to a mine in the southern California desert that Dick’s company is planning to invest in and he wants to scout in person. When Dick’s horse bucks, he’s tossed and breaks a leg. Dick refuses to be pulled up from the canyon by rope and orders the two to retreat to town and bring a helicopter rescue. If you believe that plot ploy, that a rich businessman refuses immediate help and prefers to be left alone in the desert, I guess you’re willing to be sucked into this questionable tale.

Wifey sees this as an opportunity to get out of her eight year ‘marriage from hell’ by leaving her bullying hubby to die in the desert, as she signed a pre-nuptial contract whereby she gets nothing in a divorce. The shifty Andy goes along with the heartless murder scheme when Kay offers him her body. While nasty rich man Dick, born with a silver spoon in his mouth and not liked because of his big mouth, always wonders if he could have made it on his own without money finds that he now has the chance to discover the truth about himself.

It’s not hard to guess that Dick survives his 19-day ordeal in the desert, but how he handles his would-be killers results in a twisty ending that is meant to leave the viewer saying just what the sheriff (Michael Ansara) said when he found Dick alive in the desert, that Dick’s a “helluva man.” I just thought Dick was a pompous ass and his greedy wife and her shady low-life cowboy boyfriend were contemptible creatures, and watching such an unpleasant film left me mostly with an empty tortured feeling. 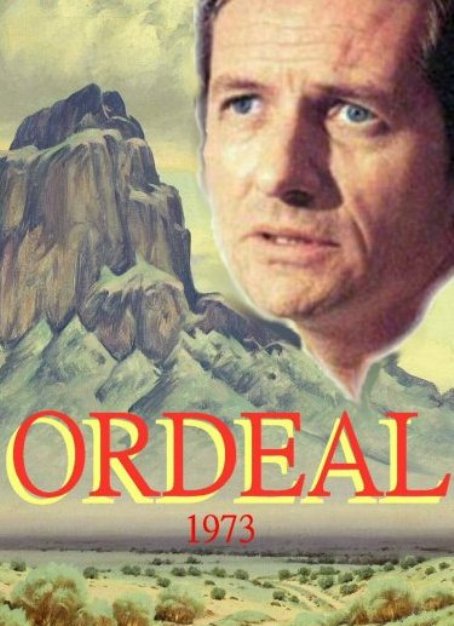