ONE SINGS, THE OTHER DOESN’T (L’UNE CHANTE, L’AUTRE PAS)

Agnès Varda (“The Gleaners and I”/”Cleo From 5 to 7″/”Vagabond”) is the writer-director of this sweet feminist charmer that tells parallel stories of two young women who are opposites, one is conventional and the other a non-conformist, and after becoming close friends in 1962, in Paris, take different paths as each faces many adversities before they reunite in 1976.Vardaprovides an English narration.

In the opening scenes, the 17-year-old rebellious high school student, Pauline (Valerie Mairesse),befriends the serious-minded 22-year-old Suzanne (Therese Liotard), who is the unmarried mother of two toddlers. Pauline lies to her parents to get money so the unhappy Suzanne can have an abortion, and is with her when her married photographer lover, Jerome (Robert Dadies), is found dead in his studio after hanging himself because he was despondent about being unable to get a divorce and not being a commercially successful photographer.

Suzanne goes back to live with her hostile parents in the country to raise her kids and Pauline becomes a hippie street singer, and is now called Apple. Pauline is the one who sings in this relationship story. While Apple attends an abortion clinic in Amsterdam she meets a handsome Iranian economist, Darius (Ali Raffi). She marries him in Iran after leaving Paris because she’s upset that a government sponsored cultural project refuses to fund her musical play after promising it would. But she soon finds Iran an impossible country for her to live as a foreign woman. The pregnant Apple returns to Paris to have the child, but Darius returns with the baby boy to Iran when she refuses to accompany him there.

Meanwhile the two friends keep contact through the years by postcard. We learn that Suzanne gets factory work and studies to become a medical secretary and thereafter runs a family planning clinic in the south of France. The girls meet again some ten years later at a rally for abortion rights in Paris. Apple travels around the countryside as a free-spirited street singer, with an activist troubadour community while Suzanne marries a kindly pediatrician (Jean-Pierre Pellegrin) when he gets divorced. Some fourteen years later, in 1976, the women meet again and find they have greatly changed. They have different personalities and backgrounds and have taken opposite paths to reach fulfillment as independent women, and rejoice knowing they did things their own way and things worked out just fine.

Though lacking an edge and not too concerned with any scars left from their struggles, this gentle women’s lib film (it shows no animosity to men and spares us any harsh feminist rhetoric) gleefully plays out as a romantic escapist fantasy film for the ladies. This is a good thing in a medium dominated by pics of male fantasies, as this one resonates with a refreshing sense of warmth and sincerity and the two lead actresses were astonishingly good in establishing their characters. Varda’s theme runs with Simone De Beauvoir’s aphorism that “Women are made, not born,” and by the conclusion it seems she might have something there. 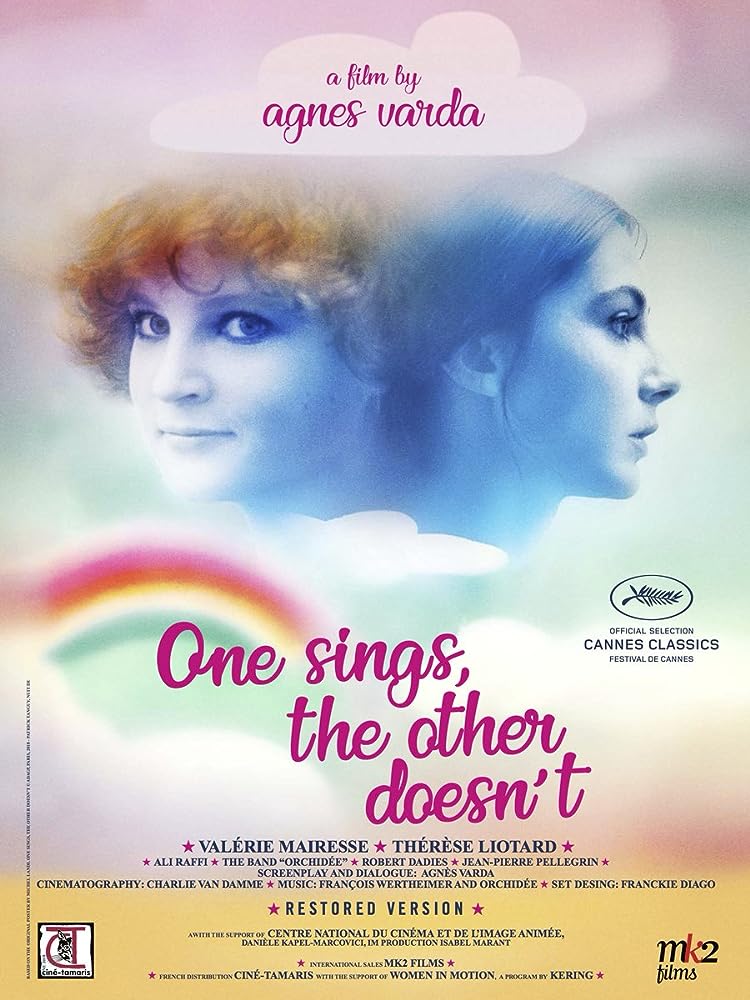