“Substandard screwball comedy has the silliness but lacks the humor, as its directed without an ear for zany comedy by Rowland V Lee.”

It’s an all wet United Artist remake of the French comedy Monsieur Sans-Gene (1935), whose frothy story is by Emeric Pressburger and René Pujol. The substandard screwball comedy has the silliness but lacks the humor, as its directed without an ear for zany comedy by Rowland V Lee (“Zoo in Budapest”/”Son of Frankenstein”/”Captain Kidd”). Writer Stephen Morehouse Avery tries but fails to sustain comedy over an embarrassing incident in a Paris movie theater, where a minor stage actor gigolo, Philippe Martin (Francis Lederer), when given the wrong seat by the usher to meet his date, after arriving late, mistakenly kisses another woman, the daughter of a powerful newspaper publisher named Monique Pelerin (Ida Lupino), instead of the married lady Yvonne (Countess Liev de Maigret) he had a rendezvous with. In the audience is the busybody President of the Purity League (Eily Malyon), who makes a big deal of it by calling it a national scandal and gets Philippe charged with misconduct. In court, Philippe defends himself by saying it’s natural for a Frenchman to be romantic, while being a gentleman and not revealing who the kisses were really intended for. The surprise comes later when it’s revealed Yvonne’s hubby is a powerful politician.

Philippe’s sentenced to three days, but his fine is paid for by Monique. When released Philippe becomes a national celebrity and is welcomed back with a raise to the show he was just fired from by the Savoy Theater producer Maillot (Roland Young), because of the good publicity. Predictably a romance between the actor and publisher’s daughter, engaged to a moronic count (Erik Rhodes), is spurred on by the incident.

It lamely plays as a satire on the French politicians and their hypocrisy over morals. Unfortunately it lacks the wit or romantic twist to make the effort worthwhile. 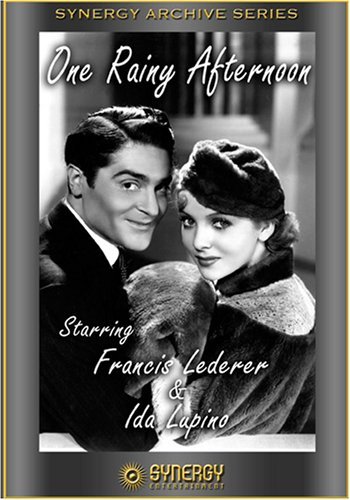