Jean Becker directs and co-writes with the book’s author Sébastien Japrisot this moody psychological thriller about revenge. In 1976, a 19-year-old good looker named Elle (Adjani), her introverted German-born mother (Maria Machado), and her crippled father (Michel Galabru) move to the small French village in the south of France where she attracts the attention of a mechanic who is of Italian descent nicknamed Pin-Pon (Alain Souchon). Elaine seduces him and lures him into marriage by falsely telling him she’s pregnant with his child, which we learn is her first step in a plan to exact revenge on the Italian family who in a way might be responsible for the rape of her mother occurring some 19 years ago. The rape was supposedly committed by three Italian immigrants, one of whom is associated with a player piano found in the Italian family’s home. It was the only clue about the rape, as it was playing when the rapists attacked her mother.

Elle’s relationship with Pin-Pon’s deaf aunt Costagna (Suzanne Flon) becomes a key one in the film, as Costagna is not fooled by Elle–she sees more clearly than the others what the troubled young lady is all about.

Things become more complex when we realize what Elle’s up to as we dig into her obsessive behavior and some enigmatic themes are explored of exploitation, treachery and lies. The film never becomes too arty or far removed from the conventions of the French mystery genre, as it springs its surprises and reveals the secrets of the confused characters and what led to the misunderstandings about the rape tale. But its theme was so nasty that despite Adjani’s mesmerizing performance, lending the picture an eerie psychological edge and a sense of unpredictability, it still felt out of whack. The major problem with this bleak story is, that it is difficult to feel sympathetic to someone so bent on getting revenge and whose mental condition grows increasingly more emotionally disturbed to a point of madness–leaving her institutionalized. 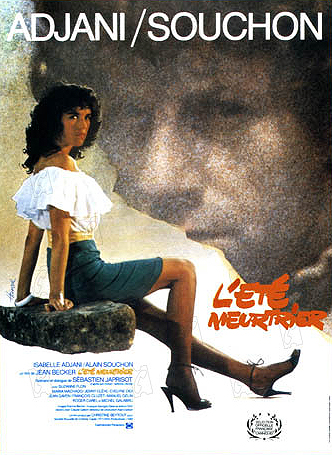