“An entertaining film that is as timeless as great art.”

The classic love story melodrama about self-sacrifice during the chaos of wartime deserves all the praise it has gotten over the years. Though I consider it a top 100 Hollywood film, I do not consider it as the best ever Hollywood film. But it remains the most warmly received American film ever made. Humphrey Bogart is in the role he’s best remembered for, as the cynical and gruff outsider with the sentimental heart. Ingrid Bergman is the classy broad who breaks Bogie’s heart, and lifts the story in status by making the love affair of lost lovers so credible and moving. Hungarian émigré director Michael Curtiz (“Yankee Doodle Dandy”) pushes all the right buttons with this superb cast, making it all come stylishly together as an entertaining film that is as timeless as great art. It’s Hollywood creating movie magic by the mixing of the following themes together into a perfect movie: romance, political intrigue, humor, suspense, pathos, and patriotism. The plot line poses several complex questions that catch the uncertainty and dangers of the time due to the threat of Nazism. This bow to political commitment and noble love, done in a way that seamlessly blends Central European wit with both Broadway and Hollywood verve, surprisingly has dated very well (as if frozen in time) even if the same urgency isn’t still felt in its politics as when released.

For Warner Brothers is was meant as just another B film it cranks out in its studio system of making one film a week. How it won the Oscar and became such a popular and well-acclaimed film and remained steadfast in its popularity, has many filmmakers through the years trolling its waters to see if they can also duplicate such magic.

The marvelous script is by Howard Koch and Julius J. and Philip G. Epstein (twins), who adapt an unproduced play by Murray Burnett and Joan Alison. The film is known for its many memorable lines of dialogue including Bogie saying to Ingrid “Here’s lookin’ at you, kid,” Bogie bitterly telling Ingrid after seeing each other for the first time since Paris “But of course, that was the day the Germans marched into Paris. Not an easy day to forget. I remember every detail – the Germans wore gray, you wore blue,” and a drunk self-pitying Bogie mumbling into his drink after his first encounter with Ingrid since Paris “Of all the gin joints in all the towns in all the world, she walks into mine.” Herman Hupfeld was the composer of the film’s famous theme song “As Time Goes By,” sung by Dooley Wilson.

Casablanca is in Northern Morocco; at the time (supposedly in 1942) it was one of the last French occupied countries to be unoccupied by the Nazis and became important as a hopping off point for refugees with the right visa to fly to Lisbon and then to America. Rick Blaine (Humphrey Bogart) is a laconic world-weary American expatriate who owns the best gin mill in town–Rick’s Café Americain–a meeting place for the war-torn refugees, pickpockets, black marketeers, soldiers, and an assorted international clientele. He emphatically states his current motto “I stick my neck out for no one.” It’s unclear why he’s on the run from America, but all indications are because he’s a commie sympathizer — having fought against the Fascists in Spain.

Two Nazi couriers were killed in the desert in Casablanca, and they were robbed of the letters of transit that will allow entry into any free country. The assassin is Ugarte (Peter Lorre), hoping to score a fortune with these papers but now trying to avoid detection by the Vichy police. He trusts Rick to hold these papers while he tries to sell them and make his escape from Casablanca, but the crooked French-Vichy chief of police Captain Louis Renault (Claude Rains) arrests Ugarte in Rick’s with Nazi Major Strasser (Conrad Veidt) in attendance. The next day Ugarte is reported dead and Rick is suspected of having the transit papers, but a search of his premises comes up empty.

The famed underground leader, the Czech patriot, Victor Laszlo (Paul Henreid), who escaped a concentration camp and is wanted by the Nazis, and his gorgeous wife, Ilsa (Ingrid Bergman), will shock Rick by coming into his place in their attempt to reach America by buying exit permits. Ilsa’s the one he still loves who abandoned him with only a weak Dear John letter when the Nazis invaded Paris. She begs the reluctant Rick to give Victor the exit visa so he can carry on his important work, and is willing to stay behind in Casablanca after reassuring herself she still loves Rick. She tells him “You must do the thinking for both of us.” What he does becomes the most famous sacrifice for love scene in movie lore.

A fun picture, with many great supporting characters (Sydney Greenstreet, Marcel Dalio, and S.Z. Sakall), that invites many viewings. 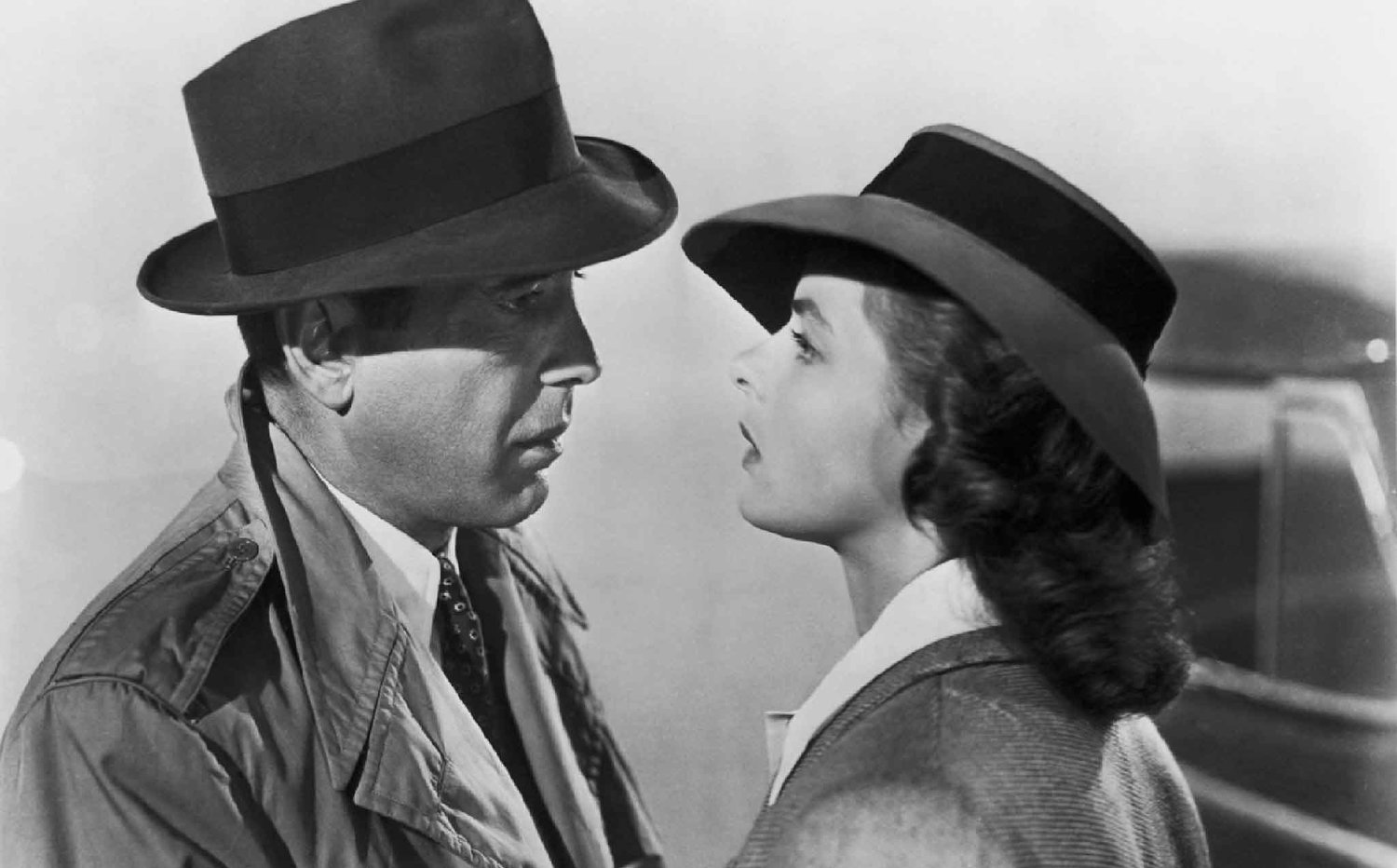 MY ARCHITECT: A SON’S JOURNEY