New Zealand directorLee Tamahori’s debut film, based on the acclaimed novel by Alan Duff, is packed with bloody raw emotion and a flashy visual style. It tells its social melodrama about the struggle of an abused Maori wife, Beth Heke (Owen), to hold her dysfunctional family together. She won the Best Actress award at the Montreal World Film Festival in 1994.

“Warriors” is set in the urban slums of south Auckland, where Beth and Jake Heke (Temuera Morrison) dwell in relative comfort in a small house with four of their five children. The hot-tempered and hard-drinking but charismatic Jake just lost his job and now spends all his time hanging out in a bar. The oldest son Nig (Julian Arahanga) is a gang member. He has moved out and has rejected his non-traditional father and joined a traditional Maori gang, whose rituals include tattooing and torture. The teenager Boogie is in juvenile detention after neither his drunk father nor abused mother show for a court hearing. The best hope of all the children is for the tender and gifted storyteller, the 13-year-old, Grace. But Grace doesn’t get how mom puts up with those beatings and feels more comfortable staying with her druggie boyfriend.

When Jack hosts a rowdy drinking party late at night with his unsavory cronies, the young children can’t sleep because of the noise. Beth, who is no angel and is a hard-drinker as well, that night discovers Jake has squandered the family savings on booze and gambling and in the morning throws some verbal barbs at him when he asks her to make eggs for his drunken pal. This sets off a vicious argument resulting in Beth getting a wicked beating. This kind of domestic unrest continues until a terrible tragedy touches them all and Beth at last takes a stand to save herself and the children, and that leaves some hope if they come to their senses and return to their Maori homeland they can be a family again and at least save the younger children.

This film is not an easy watch. The wife beatings are graphic. Though non-judgmental in attitude, the film does not go easy on the oppressed minority for not getting their act together. Few films about domestic violence have been so uncompromising and on target. On top of this, there’s questions raised about the Maori culture. Jack feels insecure because he comes from a family of ex-slaves. Beth, who abandoned her Maori tribe in order to be with the man she is sexually turned onto is willing to be the submissive wife, mind her lip, and hold the family together in the Maori tradition, if that were possible. The film effectively traces the cultural heritage of a proud people, who a thousand years ago were the conquerors of New Zealand but are now second-class citizens in their native country and experiencing a social backslide that is difficult to deal with. 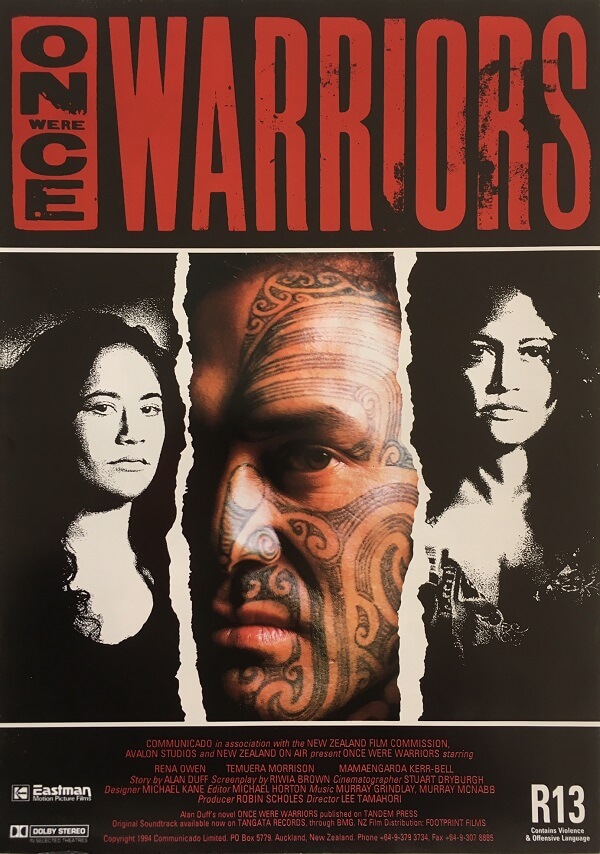