Morbid crime drama revolving around the theme that “crime does not pay.” Ralph Nelson (“The Wrath of God”/”Tick, Tick, Tick”) directs as if it was a TV show and by keeping in all the violence possible. It’s based on the autobiographical novel Scratch a Thief by Zekial Marko, who is also the writer. Marko was an habitual criminal turned Hollywood screenwriter.

The setting is San Francisco’s Fisherman’s Wharf. Eddie Pedak (Alain Delon) is an ex-thief who is trying to go straight for the last six years and buy a fishing boat, but he’s hounded by a vengeful detective, Mike Vido (Van Heflin). The cop is almost certain he was shot by Eddie back then in a robbery, but the jury exonerated him for lack of evidence. Eddie and Vido are both immigrants from Trieste; while Vido is a dedicated hardworking cop, Eddie is trying to be a good father to daughter Kathy and a good husband to wife Kristine (Ann-Margaret).

When a Chinese woman is killed in a bodega robbery, Vido suspects Eddie. But the woman’s husband exonerates him in a lineup. As a result of the suspicion, Eddie loses his job and his boss lies to unemployment saying he quit–which means no benefits. This forces Eddie to get roped into joining his manipulative big brother Walter’s (Jack Palance) vicious gang of Sargatanas and Shoenstein (John Davis Chandler, Tony Musante). They rob platinum worth $1 million from Eddie’s former workplace vault, and then double-cross each other.

Things perk up when Eddie realizes he was framed for the bodega murder by one of his brother’s untrustworthy gang members, and has no problem ripping them off for the stolen goods. The climax has Vido helping Eddie rescue his daughter, who was kidnapped by Sargatanas and Shoenstein in exchange for the platinum.

Everything is routine and by the book, a forgettable film. One that could be seen regularly on TV. 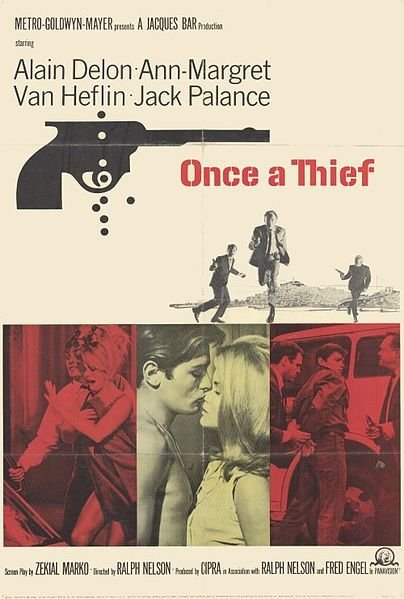 WEST OF THE DIVIDE