Sophomoric comedy. It was shot on a $40,000 budget. Writer/director Dan Mirvish (“Open House”) used this for his USC thesis project. Mirvish is mostly known as one of the co-founders of Slamdance, the alternative film festival in Park City that supports first-time independent directors.

Twenty-something Simon (Hughston Walkinshaw) returns to his middle-class Omaha, Nebraska, family from his spiritual trip to Nepal, where he stayed in a Tibetan Buddhist monastery and the head lama gave him as a parting gift Buddhist prayer stones–which he said will lead him to perfect peace. But so far Simon has not found spiritual enlightenment. Unable to find work, Simon reunites with former girlfriend Gina (Jill Anderson), who insists the stones are valuable emeralds and he should sell them. At a crooked jewelery store, where he goes to find the worth of his stones, the jeweler (Donald Ray Schwartz) has a pair of Colombian jewel thieves (Christopher M. Dukes and Frankie Bee) follow Simon to steal the jewels. After the Colombians steal Simon’s backpack with the emeralds, the vics chase after the thieves in their car. At “Carhenge”–an imitation of Stonehenge made out of cars– our hero and heroine find nirvana by letting go of those possessions and finding it’s enough that they love each other.

As a school project it’s fine, but as a feature film it didn’t do the trick for me. There were too many strained daffy characters, a trite plot line, the jewel heist chase couldn’t be duller and many of the lighthearted gags didn’t grab me as particularly funny. But there were some inventive things, such as hand written title placards used for subtitles and to identify important characters. Also, the way Omaha was used as a source of comedy was inventive. 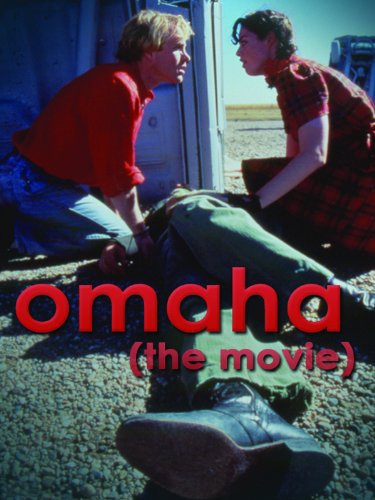