Chicago nightclub singer Eleanor Spencer (Hope Manning) is in the apartment of Tony Pearl when he’s bumped off by rival gangster Mike Scarlotti (John Bradford). She takes the alias Jane Edwards and goes by bus to Los Angeles, hiding from both the police and the gangsters. On the bus she’s recognized by crooked small-time Turquoise City nightclub owner Martin Simms (Cornelius Keefe), who hires her with the purpose of calling Scarlotti to collect a reward. Dick Weston (Roy Rogers) and the Sons of the Pioneers (the O’Keefe Brothers) rob the bus. But Sheriff Gene Autry and his deputy Frog Millhouse (Smiley Burnette) arrive in time to arrest the robbers. The lady witness flees the scene and gets a ride with elderly farmer Clem Snodgrass (Milburn Morante), but he develops car trouble and both Simms and Autry catch up with her. Eleanor goes to work singing in Simms’ club, but has to flee again when Mike Scarlotti blows into town with his gunsels. But as you probably can guess, the sheriff, his deputy and the Sons of the Pioneers, who were released from jail when they convinced they only heldup the bus as a publicity stunt to land a radio job.

Joseph Kane keeps it moving at a fast-clip. It’s based on a story by Bernard McConville and written by Sherman L. Lowe and Joseph Poland. It works as a B Western, where expectations are lowered. The film’s highlight is Autry ordering captured robber Rogers to yodel at gunpoint. 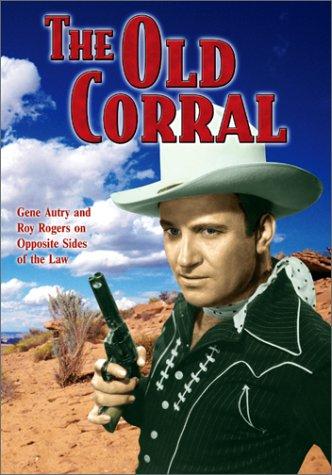