“A silly but funny film.”

The 80-year-old billionaire Humberto Suárez (José Luis Gómez) as his legacy wants to leave behind a great film he willingly spends a fortune on to make. He thereby hires the eminent but eccentric director Lola Cuevas (Penélope Cruz) to adapt to film an award-winning novel, “Rivalry.” Lola casts Hollywood heartthrob box-office draw Félix Rivero (Antonio Banderas) and opposite him the gifted serious thespian Iván Torres (Oscar Martínez) as the leads.

Lola ferments the rivalry between the opposites and succeeds in getting the co-stars to hate each other.

The low-key satire is on target with the actors playing their cartoonish parts seriously, as the talented actors seem to enjoy their rich roles and the filmmakers keep the farce intense. During one scene, Lola has them rehearsing under a giant boulder suspended from a crane.

It’s a silly but funny film, the kind of romp Mel Brooks is noted for. 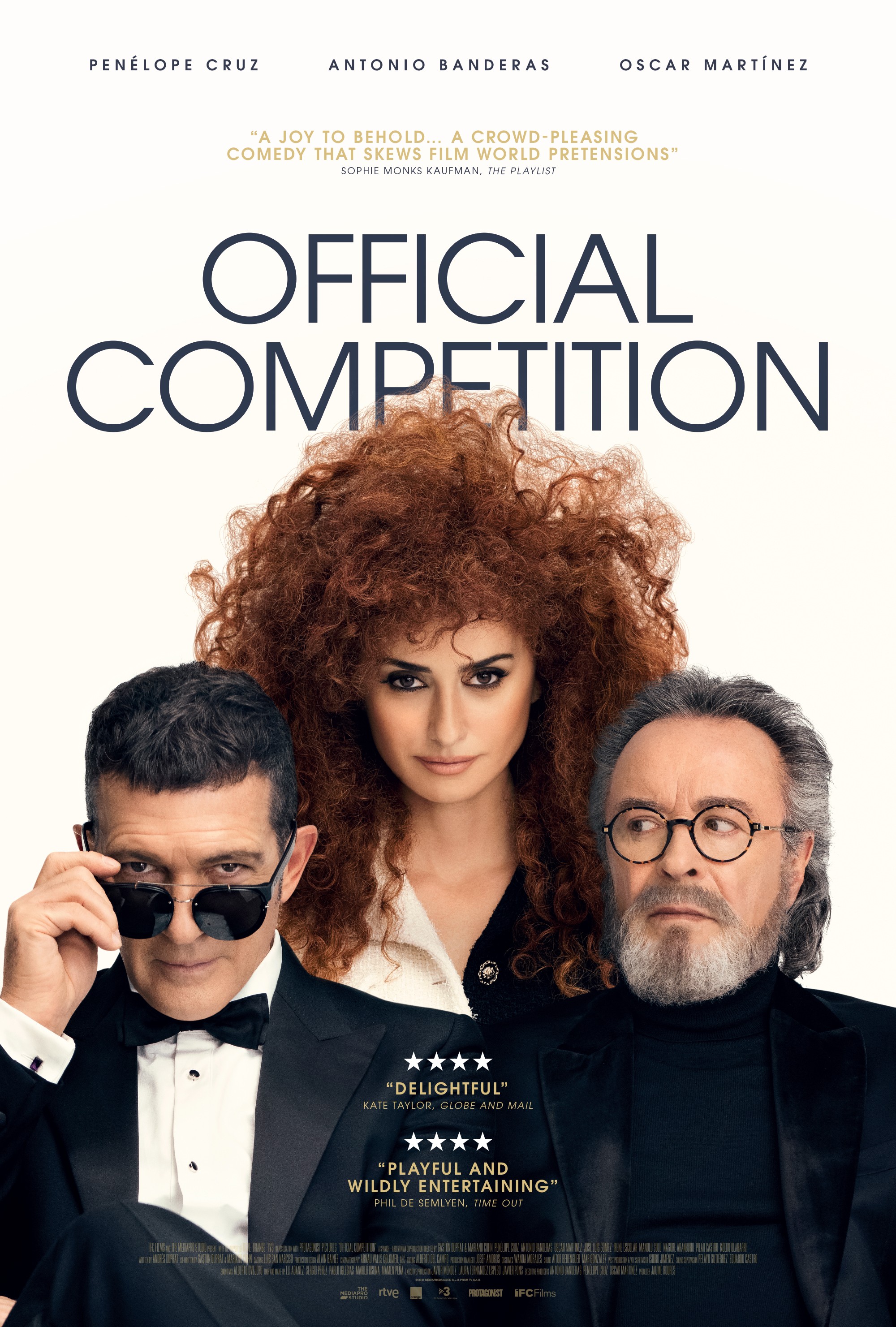