This psychological thriller is based on John Hopkins’s play “This Story of Yours.” It is brilliantly acted, especially the performances of both Sean Connery and Kenneth Baxter. Connery as the veteran police Sgt. Johnson and Bannen is Kenneth Baxter, he’s the perverse character brought into the police station for questioning as a suspect during a child-molestation investigation.

The film was in some ways spoiled but not ruined by the pretentiously arty way it was directed by Sidney Lumet, which took away from the subtlety of the unfolding story and the rich character study presented.

The film opens in the police station, where Johnson is going berserk and is restrained by the other police. The story goes into a flashback and we see Sgt. Johnson stationed by an elementary school watching all the children getting picked up by their parents, since there has been three recent cases of child rapes in the area.

We see the rapist wait in the car near the school and then follow a girl who is alone, Janie Edwards, across the commons and attack her in a muddy area. When the girl is reported missing the police search the area and Johnson discovers her cowering in the mud, in a state of shock. He is badly taken aback when he sees her in this condition, boiling over with anger, imagining what the rapist did to her.

The police bring in the suspicious Kenneth Baxter for questioning, after he is seen walking around in the downtown area while covered with mud. At the stationhouse they can’t wait to grill him despite not given the word to do so by their boss. The audience knows that he is guilty because we saw him at the scene of the crime. Johnson knows he’s guilty by just looking into his eyes. The police who question him can’t get him to say anything but learn that he is a married man with two teenage daughters and is considered a respected member of the community. The police boss arrives at the stationhouse and the police halt their questioning, as the boss wants some evidence presented before holding him on any charges.

But Johnson has become obsessed with this case, more than any of the others he has worked on in his 20 years on the force. He sneaks back into the room the suspect is being held and relieves the guard, and begins an unauthorized questioning session. Baxter senses that Johnson knows he did it and fears him. Johnson says that this type only respects pain and that he has been smugly laughing at the other officers questioning him. In this claustrophobic holding-room Johnson bullies Baxter, while Baxter sneers back at him in a mocking tone. When Johnson snaps he begins to punch Baxter around the room, which brings the film back to the beginning of the flashback, as the other police in the station come in to stop him. Johnson is put on suspension and told to remain home for the night. Ironically, Baxter is rushed to the same hospital the girl is in.

At Johnson’s home, we see he is unhappily married and his life is empty and unfulfilled. He gets into a spat with his wife (Merchant) that has evidently been brewing for some time. In the middle of their marital argument the police inform him that Baxter died. He is brought down to the station and the tables are turned on him, he is now being questioned by a superior officer from headquarters (Trevor) and is being bullied in the same way he has done to countless suspects.

The film remains fascinating because the cop and criminal are of the same mindset. It was aided by impeccable performances and a biting dialogue. It might appear too stagy, but I found it absorbing. It held my interest throughout. 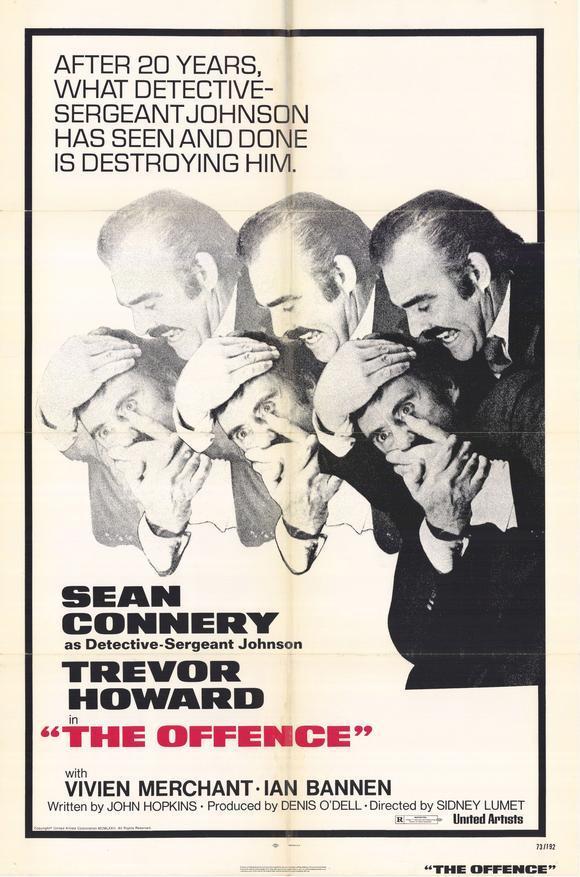