No Fear, No Die(S’en fout la mort)is the name of the possible championship fighting cock owned by two men; Jocelyn (Alex Descas) is the trainer who hails from the West Indies; the other one is Dah (Isaach de Bankole), the business manager and story narrator who hails from Benon, Africa. The two black men have a deal with a sleazy Paris suburban illegal bar/restaurant owner, Pierre Ardennes (Jean-Claude Brialy), and his son, Michel (Christopher Buchholz), to smuggle fight-bred roosters into the country in order to stage illegal pit fights and to train roosters in the restaurant’s basement. To make the fights more bloody the bar owner wants metal spurs put on the birds, which comes over the objections voiced by the immigrants.

Dah and Jocelyn are provided living quarters in a spare room in the basement of the bar operated by Ardennes’s sexy lover, Toni (Solveig Dommartin). Jocelyn is a disciplinarian in his training methods: conducting extensive exercises to increase an edge in fighting; to stimulate aggression he plays loud music. When Toni complains about the music volume, she is ignored by Jocelyn and Dah. Jocelyn thinks she is bad news for his training program. But Dah fails to heed his warning about staying away from the alluring Toni. Soon the temptation of Toni complicates things, as she becomes more involved with Dah.

Claire Denis’s (“Chocolat”) sparse dialogue crime drama, which makes it appear almost like a documentary, is gritty, unpleasant and bleak. It follows the exploits of these fringe characters, as it explores the haunts of the illegal cockfighting scene and compares the rooster’s trained aggressiveness with the human male’s natural aggressiveness. The cockfights were bloody and made for an uncomfortable watch (though it is comforting to know that it was filmed without harm to the birds). In the end, the birds are used to tell us as much about the humans and their need for competition as about the exploitation and cruelty to animals.

No Fear, No Die is a slow-paced, brooding film that paints a dark picture of the cockfighting and immigrant scene. The two immigrants give sharp performances, while the seedy environment gives it a film noir look. 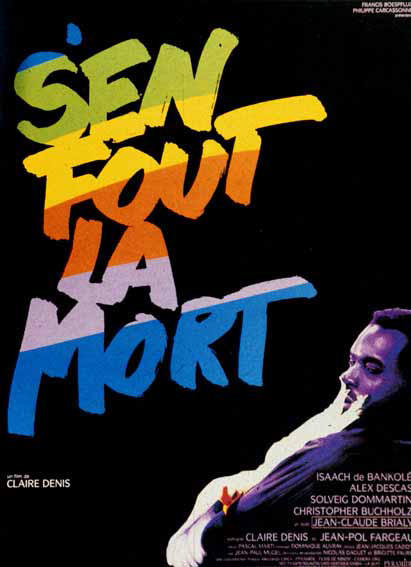