“If into absorbing grief, you got yourself a beauty here.”

Writer-director Anthony C. Ferrante (“Sharknado”/”Time Pirates”) has failed in all follow-up films to equal his campy horror success in his early Sharknado films. This psychological horror pic is a scary horror drama inspired by Germanic folklore and is played-out as “a modern-day horror movie” dealing with trauma and addiction more than being a horror pic. It tells about a past tragedy involving a nuclear family that years later is still affected by it. The co-writers (other than Ferrante) all play a part in the film–Skyler Caleb, Woodrow Wilson Hancock III, James Zimbardi.

In the past, we see the Coyle family of five at a picnic being filmed on an old-fashioned video camera.

Their youngest daughter Tessa (Angelina Karo) supposedly has drowned in the nearby lake when she vanishes from her parents after having a nightmare and is ensnared by the monster from her nightmare (if you can believe such dreck!).

In the present, some twenty years later, her father has passed on while her mother Donna (Dee Wallace) is out of it, only capable of blankly watching TV all day, but still believing her daughter is alive. Tessa’s divorced idler brother Lucas (Skyler Caleb) stays alone most of the time in the basement, and is an hallucinating druggie unable to care for his daughter Zoey (Niesha Renee Guilbot). Jack (James Zimbardi) is the only functioning member of the family, with a job in a movie theater about to close and a girlfriend named Liz (Angie Teodora Dick), who care for Zoey.

The family still celebrate Tessa’s eight-year-old birthday, as a distraught Jack worries about a hidden monster (hearing strange noises) that might be a threat to Zoey.

Engulfed by a grief still tearing the family apart, the film plods on to the end with this weary premise, a few scares and without any good reasons to watch such an inert film. But if into absorbing grief, you got yourself a beauty here. 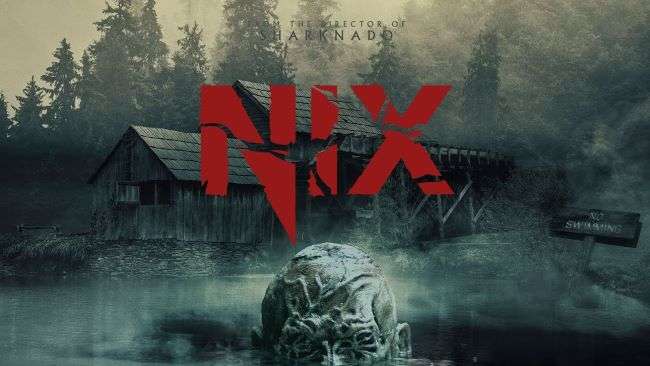 JOE STRUMMER: THE FUTURE IS UNWRITTEN