“Left me feeling like I was taken for a ride to nowhere.”

This psychological thriller is a derailed homage to Hitchcock, lacking suspense and interesting characters as well as a sufficient story. The film’s abrupt ending doesn’t help matters, as it left me feeling like I was taken for a ride to nowhere. Cowriter (with Jerzy Lutowski) and director Jerzy Kawalerowicz (“The Village Mill”/ “Pharaoh”/ “Austeria”) sets the entire film on an overnight holiday express train, whose destination is the Baltic coast.

It opens with a passenger reading in the newspaper that a local man killed his wife and escaped. With that a late arriving frazzled passenger, Jerzy (Leon Niemczyk), suspiciously wearing sunglasses, repurchases first-class sleeping berth tickets on the crowded holiday train to the Baltic coast from the conductor (Helena Dàbrowska), telling her he was in such a hurry that he left at home his two tickets. And, even though he’s alone, he again buys two tickets in the gentlemen-only sleeper car–making it apparent he wants to be alone. But when arriving at his berth, he discovers an insolent young woman named Marta (Lucyna Winnicka) there. She refuses to leave even though her ticket is stamped for gentlemen-only, and tells the conductor she was in a hurry and bought her tickets from a strange man. Upset over the hassle and not wanting the police involved, the man tells the conductor that’s alright for her to stay with him. Soon the two harried passengers, both appearing to be ill at ease, non-communicative, lonely and on the run, manage to get to know each other in a civil way recognizing that each is undergoing an inner crisis. She tells him an obsessed rejected suitor (Zbigniew Cybulski) is aboard traveling in second-class in pursuit of her. Suddenly the train is stopped and the police enter, arresting Jerzy as the suspected wife killer.

After we find out whether Jerzy, a married doctor, is the killer or not, all the air is let out of the film. A misfire that can’t decide if it wants to be a thriller or a study of mob psychology. Attempts to be both fail miserably. But what keeps things chugging along is the impactful photography and that the taut storyline moves at such a brisk pace that it’s over long before it can bring on train sickness. 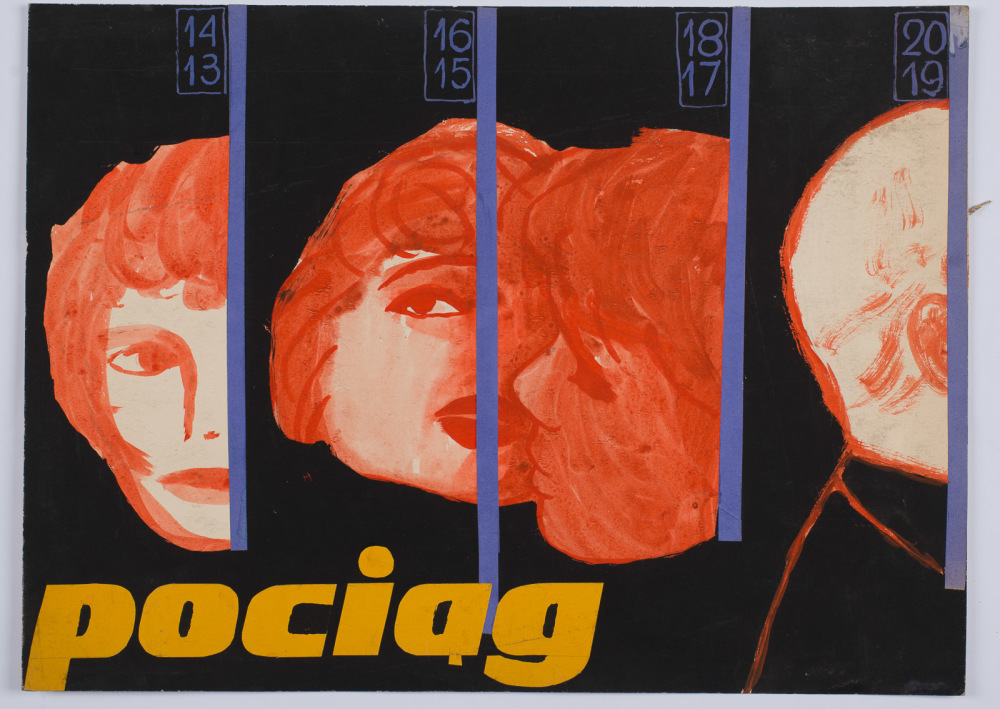