“Rotten to the core.”

Rotten to the core. It’s addressed to horror gore buffs with strong stomachs and a nose for trash. It’s an ill-advised cheapie remake of Cardona’s Doctor of Doom (1962).Mexican exploitation horror director Rene Cardona(“7 Millones“/”Survive!”/”Island of Lost Souls”) is the co-writer of this inept shocker with his son René Cardona Jr.. It features gratuitous nudity, a throat gouging, graphic coverage of a heart transplant for a gorilla into the chest of a child and a violent wrestling scene.

The masked and devil-costumed wrestler, Lucy (Norma Lazareno), hurls her opponent outside the ring and against the wall. This knocks her out cold and fractures her skull. Lucy is stressed-out about continuing her wrestling career after this incident.

Meanwhile a mad scientist (Jose Elias Moreno) attempts to cure his adult son’s (Agustin Martinez Solares, Jr.) leukemia by a heart transplant from a gorilla to his son (using actual heart transplant footage). The result is the boy turns into a freak man-ape, and turns violently ape as he goes on a killing and raping rampage. Gerardo Cepeda plays the monster.

On the case, in pursuit of the monster, are the pro wrestler and her detective boyfriend (Armando Silvestre), who pick up the trail of the monster while visiting the injured hospitalized wrestler. 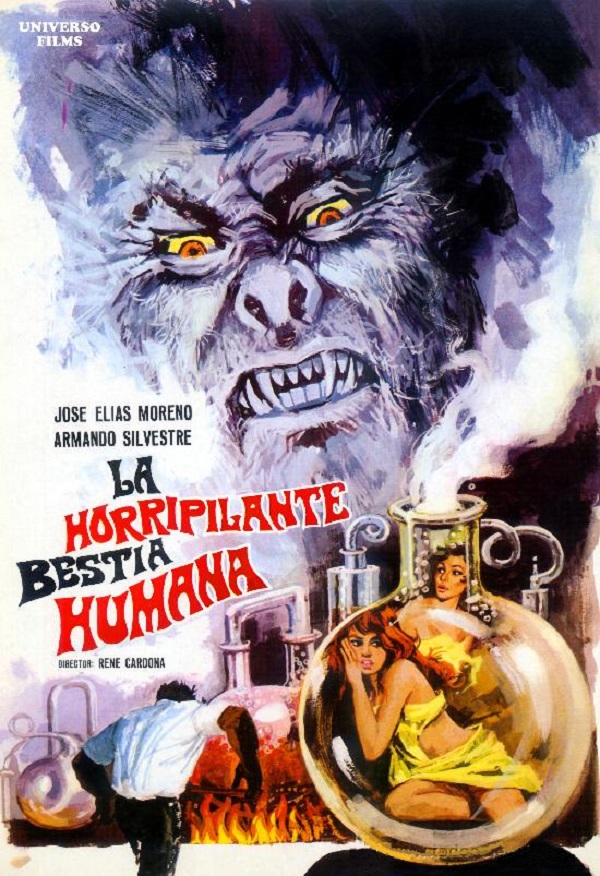