This Canadian chiller is set in rural Burlington, Vermont. It features Rod Steiger in one of his more creepy roles as a gynecologist who terrorizes a young yuppie city couple, Mary and John (Linda Kozlowski & Ron Lea), who just moved to this quaint spot. Steiger’s a neighbor of the pregnant Mary and her gentle husband Ron, and he also owned and was raised in the house they just bought. He starts out over friendly, then becomes a pest, and finally he resorts to murder. It seems Mary reminds the doctor of his deceased mom and this fuels unhealthy memories that bring out his deranged nature. He becomes obsessed with Mary to the point where he has a breakdown, as he tries to induce a miscarriage and gets called out for it.

The story awkwardly shows Steiger trying to manipulate Mary’s life, while her hubby is occupied with his own problems as he’s worried about losing his job. It seems more like a made for television movie, as the cheesy production values and cheap quality of the print are disappointing. It is mildly entertaining in the sense that Steiger is asked to carry the film and hams it up, but is given such a weak script by Kurt Wimmer that he can’t pull it off. Rodney Gibbons directs in too much of a formulaic way to surprise the viewer. Though there are some good atmospheric scenes that add to the ominous tone. But it’s at best, a second-rate psychological thriller. 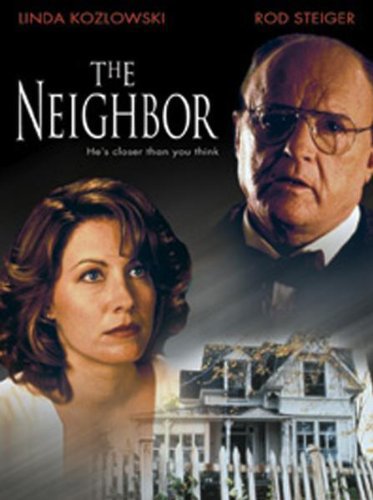