A perverse static feel-good movie. Jeff Kanew(“Revenge of the Nerds”/”Gotcha!”/”V.I. Warshawski“), perhaps in a state of narcolepsy, directs and writes this down-beat character study of a self-absorbed successful magazine publisher and an unhappily married family man with deep-rooted psychological issues. It’s based on the novel by Julius Horwitz. It tells of one miserable day in the life of Paul Steward (Hal Holbrook). The talky film ratchets up the suspense of whether in the end the main character will kill his wife (Louise Fletcher) and three children (Peter Armstrong, Stephen Austin and Elizabeth Berridge) as he contemplated all day.

The film is so talky it could put you to sleep. It begins on the suburban morning commuter ride to work to the city, followed by a visit during work to a brothel by the disturbed protagonist. He goes there to whine about things with five prostitutes (June Berry, Alisha Fontaine, Pat Mauceri, Michele O’Brien and Claire Reilly). Afterwards it depicts the dull office time the publisher spends just waiting for lunchtime.

Though well-acted, it only left me feeling blue. Its attempts to punch holes in the American Dream and in traditional family life never came off as sharply as the filmmaker wanted. 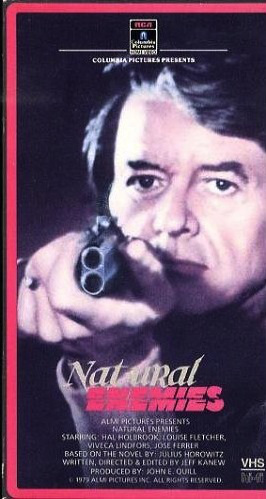