This one is a bomb. It should have been mercifully put down like a wounded animal in pain. German filmmaker Kurt Meisel (“Court Martial”) ineptly directs this tawdry exploitation pic that’s like a cheap crime novel. It’s based on the novel “Liebe Frei Haus” by Peter-Martin Deusel, and is written by Will Berthold. The acting is strident, the screenplay is terrible and there’s not a thing about it to like.

Set in Berlin, high-priced prostitute Madeleine (Eva Bartok) falls in love with architect Gert Kleiber (Alexander Kerst ), who doesn’t know his girl’s profession. When she confesses and asks for his trust, he dumps her. The despondent Madeleine is upset that the underaged prostitute Suzy committed suicide. The call girls work for the heartless Madam Clavius (Ilse Steppat), who blackmails them to continue working for her. Clavius makes big money working a confidence game, whereby she sells to her rich elderly customers high-priced mink coats to give the girls as gifts and then buys the minks back from the girls at a cheap price to use again on their new customers.

The criminologist, Prof. Semler (Alfred Balthoff), heads the investigation to rid Berlin of prostitutes, but is stymied that neither the girls nor johns will aid the police. But the case is cracked when the beautiful criminology student Karin (Sabine Sesselmann) poses as a prostitute for Clavius as part of her research for her thesis paper, in the process discovering that her former college friend Madeleine is a virtual prisoner of the ruthless Madam. Along with undercover operative Wolf Siebert (Heinz Drache), the cops raid the brothel and put the monster madam out of the white slavery business. 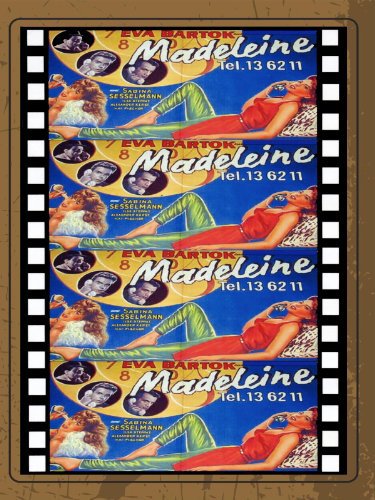