A period piece that’s tolerable as a lightweight crime story/comedy. Writer-director Robert Benton(“The Late Show”/”Kramer vs. Kramer“/”Twilight”) gives the stars the stage and they come off as low-brow funny likable losers. The film’s reality is artificial.

In Austin, Texas, in 1954, the struggling bar owner of the roadhouse Bluebonnet Lounge, Vernon Hightower (Jeff Bridges), is about to finalize his divorce from his beautician wife Nadine (Kim Basinger) and marry the blonde bimbo Renee (Glenne Headly). Out of pride Nadine never tells Vernon that she’s pregnant.

Nadine once posed in the nude for the creepy photographer Raymond Escobar (Jerry Stiller), who promised her his pal Hugh Hefner would use her for a Playboy shoot. Since that never materialized, she now goes to his studio to demand that those photos be returned. When someone else knocks, Escobar places her in the back room. The intruder stabs the double-crosser photographer to death and the panicky Nadine runs out with her candid photos. But they are survey maps of the proposed new state highway, invaluable to real estate developers. Meanwhile the racketeer killer, Buford Pope (Rip Torn), mistakenly grabs the envelope with Nadine’s photos. To retrieve her photos, Nadine tricks Vincent into returning to the studio with her. But they are stopped when a policeman assigned to guard the crime scene enters the studio to steal food and spots them. They escape. When back home, the financially strapped Vincent discovers the maps and he envisions becoming a rich man. While still dreaming of becoming rich, the ruthless Buford sends his oafish henchman Floyd (Mickey Jones) to bring Vernon to him. When the still married couple are both faced with losing their lives, they team-up to bring down Buford and that brings them close again.

The uneven, insubstantial slapstick comedy is good for a few chuckles playing the white trash joke card, otherwise it’s just a time-killer whose broad comedy cannot be sustained. It reminded me of those old-fashioned Cary Grant screwball comedies, but this time around it can’t make it big because the times have changed for such stereotyped ethnic comedy and there’s only one Cary Grant. 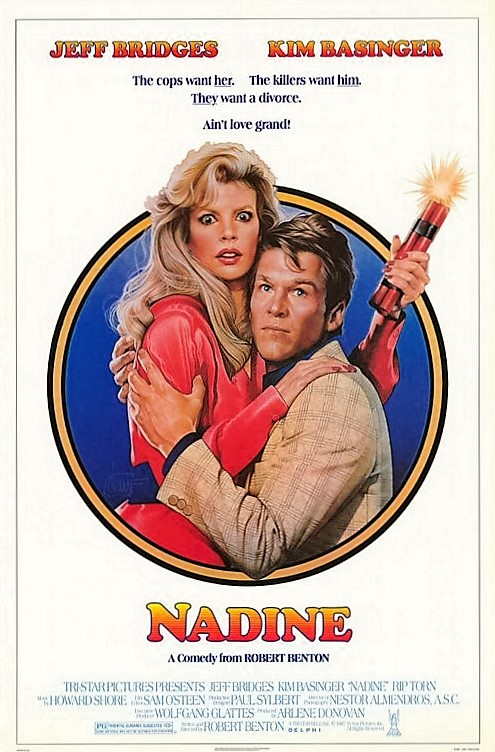