Nick Cassavetes (“The Notebook”/”She’s So Lovely”/”John Q”) directs this overwrought tearjerker of a melodrama in a heavy-handed manner. Though I respected it for taking on a serious and difficult subject, the film failed to be either genuinely moving or enlightening or an enjoyable experience. I felt manipulated. Other than its intriguing premise and some good acting from the stars, the film is inert and lacks the guts to face the questions it asked. It’s based on Jodi Picoult’s bestseller and is shamelessly written to draw every tear out of the viewer by Cassavetes and Jeremy Leven.

It’s a family tale about the all-American Fitzgerald couple of Los Angeles, Sara and Brian (Cameron Diaz & Jason Patric), and leukemia striking their little girl named Kate (Sofia Vassilieva) at 5, and that the sweetie survives because her folks genetically conceived in a dish a younger sister named Anna (Abigail Breslin) to be a “donor child.”

Anna narrates, telling her tale of woe with many flashbacks. At 11, Anna, after numerous hospital procedures, hires a lawyer, Campbell Alexander (Alec Baldwin), to sue her parents for the right not to be a donor any longer and refuses to donate her kidney to Kate. Meanwhile the older brother Jesse (Evan Ellingson) is a dyslexic, who is neglected because of all the attention Kate gets from mom and that dad is a workaholic. Jesse hangs out at night on Hollywood Boulevard, letting his talent to be an artist waste away.

The suit for medical emancipation goes to trial with Judge De Salvo (David Thornton) presiding, The grieving judge just lost her 12-year-old daughter, who was recently run over by a drunk driver. A the trial, mom is acting as the lawyer opposing Campbell. But mom has lost it and appears like a raving lunatic only interested in keeping Kate alive and not realizing her family is falling apart.

How it’s all resolved is by piling onto every character some kind of tragic sob story, and as the pile keeps growing the less satisfying becomes the exploitation film. The filmmaker doesn’t even have the integrity to keep the premise intact (the ethical and moral dilemma involved in this medical decision) and weasels-out of the fireworks raised with a cop–out phony inspirational ending. This is mushy filmmaking at the low-end of the scale, as it seems in this case the acorn has fallen far away from the tree (Nick is the son of John). 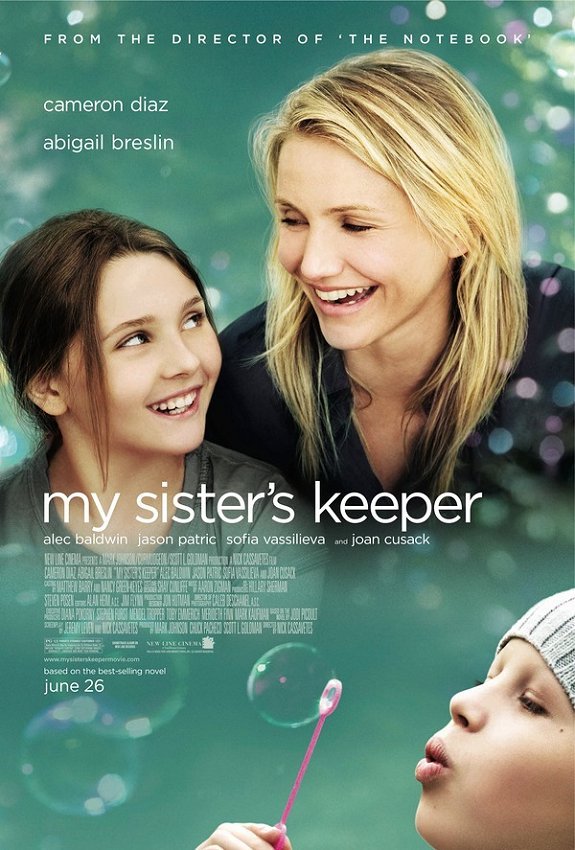