MY NAME IS JOE

The power in this romantic drama, depicting the harsh lives of Glasgow’s poor, lies with the natural performances of its two stars: Peter Mullan as the unemployed, reformed alcoholic, named Joe Kavanagh, and his love interest, Sarah (Louise Goodall), as the good-hearted community health worker.

The story is a very familiar one, its theme of someone who is inflicted with troubles of his own but who gains strength by helping out those who are even less fortunate than himself. This is the kind of film Hollywood has made ever since it started making films. Films such as this have always been popular, audiences like identifying with the downtrodden as they try to make a go of it against insurmountable odds. The hero, predictably, finds redemption in his generosity to others, forgoing his own concerns to find an inner solace from all his past errors. The only thing different about this one, is in how intense these problems are.

One of the young men on the team that Joe coaches in soccer, Liam (McKay), runs into trouble with a local drug lord, McGowan (Hayman), and Joe helps him out in an unorthodox way. Joe is told by the crime boss that Liam either pays up the money he owes from their drug dealings, or he puts his junkie wife Sabine (Kennedy) on the street working for them, or he has both his legs broken. The fourth choice is that Joe should run a few drug deals for the mob and in this way have Liam’s debt paid off. That’s the deal Joe reluctantly takes, to the detriment of his relationship with Sarah.

The emptiness and despair in all their lives is seen from the ex-alcoholic Joe’s point of view, as he is struggling to get a firm grip on himself; it is also seen in the hapless soccer players he coaches, looking for some respect and a way to hang in the game without being completely put down. And the despair is seen, especially so, in the lives of Liam and his junkie wife who try to raise their young son and battle the demons inside them, but are only able to relate to those who treat them with super-kindness.

What works well are the little touches that add some grace to the characterizations, allowing us to see the wheels inside these characters churning with their joy and pain. When Joe begins seeing Sarah, his natural timidity overshadows all his blustery talk and profanity. In love with her he has lost all sense of futility and feels rejuvenated, but the danger is that he has not found the power inside himself to accept who he is; he has become too dependent on her love to sustain him. And when he loses her, he naturally comes apart. That he is a good guy, we readily see in the regular conversations he has with his best friend Shanks (Lewis). Sarah uses her co-worker Maggie (McIntosh) in the same role.

The really nice touch, that shows pretty much the direction the story was trying to go, took place when Joe was trying to tell some things to Sarah about himself that are true and important to him such as: About his wild days as a young man and stealing a truckload of CD’s and selling them to his pub mates–all but the classical ones. Nobody would buy them. So he keeps them and falls in love with that kind of music. The other is how he decided to admit he was an alcoholic and joined the A.A.. This came after beating his girlfriend while in a drunken stupor because she laughed at him.

Loach has created a sobering study of the disenfranchised, and is honest enough to know that there are no simple answers to the problems it raises. In many ways it is a better film than his 1996 Carla’s Song, which this film is derived from. The film is entertaining, a comment that might not be praise to Loach’s ears. But his film doesn’t rise to anything greater than that, it is just not that emotionally affecting. The film’s characters have problems that are largely self-inflicted, which makes me cautious in accepting their version of what is happening as gospel; that is, even if there is no doubt that the area they live in is a drug-infested community and that unemployment is rampant and the odds weigh heavily against survival.

It was a good idea having subtitles, because the heavy Scottish accents are very difficult to understand. 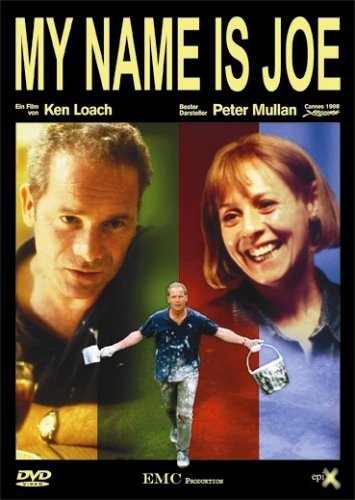