“The revisionist Western yarn fails to tell us the historical Geronimo story, which is far more interesting than this made up one.“

In 1883, Geronimo (Chuck Connors) and his famished fifty Apache warriors surrender in Mexico to the U.S. Cavalry and are relocated to Arizona’s San Carlos Reservation insultingly as farmers. When the hypocritical Christian spouting Indian agent (John Anderson) gets involved in a crooked land deal with the venal Indian-hating Captain Maynard (Pat Conway) and the greedy civilian cattleman (Joe Higgins) to steal the land given in the treaty to the Apache, Geronimo takes his warriors back to Mexico to fight a guerrilla war. He forces the pretty reservation school teacher Teela (Kamala Devi, the real Indian wife of Connors) to go with him and become his wife. Realizing he can’t win, Geronimo fights only until the white man in Washington understands he must give the Indians justice.

Despite modern day PC reservations about the white man Chuck Connors playing Geronimo, TV’s The Rifleman gives a forceful performance. The photography of the landscapes by the Mexican cinematographer Alex Phillips is excellent.

Director Arnold Laven (“Down Three Dark Streets”/”Vice Squad”) mixes fact and fiction in his telling of the legendary tale of Geronimo’s surrender and his mistreatment while in captivity. The story by Laven and Pat Fielder, also the writer, might be sympathetic to the Indians, but it becomes phony by making the real Geronimo’s surrender into an untrue upbeat fictional one. The revisionist Western yarn fails to tell us the historical Geronimo story, which is far more interesting than this made up one. In reality, when Geronimo unconditionally surrendered he was sent into exile in Florida and then in Oklahoma, where he survived only by selling pictures of himself to tourists. Geronimo, the last Indian warrior to surrender, was last viewed as an exhibit at the 1904 St. Louis World’s Fair just shortly before his death. 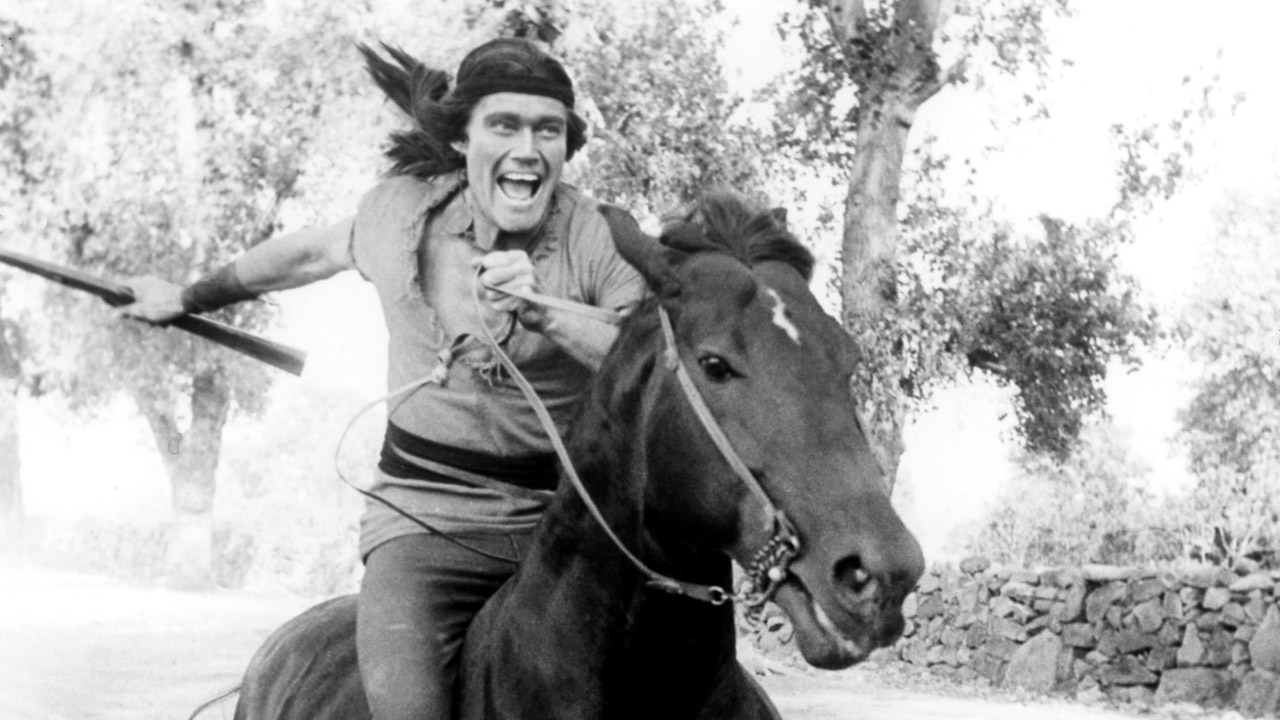