“It’s really not a good movie, but it had something special about it that defied a rational critique.“

Edward F. Cline (“The Bank Dick”/”Hook Line and Sinker“/”Private Buckaroo“)directsMae West and W.C. Fields in a clash of comedy shticks that should have been great because of who was in it but was too uneven to reach such acclaim despite their usual gags performed throughout. West superbly delivers her scripted well-timed sexual burlesque humor of double-entendres, swagger and wisecracks (weakened by the Production Code’s censorship); while Fields delightfully runs through some of his arsenal of scam artist and misogynist routines that include witty ad libs, his ridiculous fumbling of things and well-delivered elocution lessons. But all was not well on the set, as the two egotistical stars couldn’t handle not being the center of attentionand fought over the scripts each had written, scene-stealing and film credit. Fields came out the best of the two, as was generally agreed. It’s really not a good movie, but it had something special about it that defied a rational critique–like watching the mega-stars get their comedy over despite such an inadequate storyline, what seemed like uncomfortable moments and not liking each other. Nevertheless, it did very well at the box office and remains a favorite among film buffs, even though it was not considered a top-notch pic.

Flower Belle Lee (Mae West) is seen by the town gossip Mrs. Gideon (Margaret Hamilton) kissing the notorious stage robber known as the Masked Bandit and is kicked out of her hometown of Little Bend. The sheriff says she can’t return until married and respectable. Going by train to Greasewood City, Flower Belle meets card-hustler and snake-oil salesman Cuthbert J. Twillie (W.C. Fields) and thinks he’s rich because he has a bag full of money. Flower Belle gets gambler Amos Budge (Donald Meek), who looks like a preacher, to marry them on the train. Flower Belle also single-handedly kills an Indian raiding party attacking the train.

In Greasewood, the town bad guy, the saloon owner Jeff Badger (Joseph Calleia), appoints the lying braggart Twillie as sheriff, after he boasts at the bar he was the hero on the train who stopped the Injuns. As the latest sheriff, he follows the five others killed in recent months by Badger. Meanwhile Flower Belle discovers hubby’s satchel of money is fake and thereby courts the Masked Bandit, the saloon owner Badger and the crusading newspaper publisher Wayne Carter (Dick Foran).

The pic could never resolve that the Masked Bandit and the evil saloon owner were one in the same, and have the heroine getting romantic with the villain (which takes away a lot of the sympathy we may have had for the West character). It ends with Flower Belle trying to decide on choosing either Badger or Carter as her latest boyfriend, or going with her usual entourage. 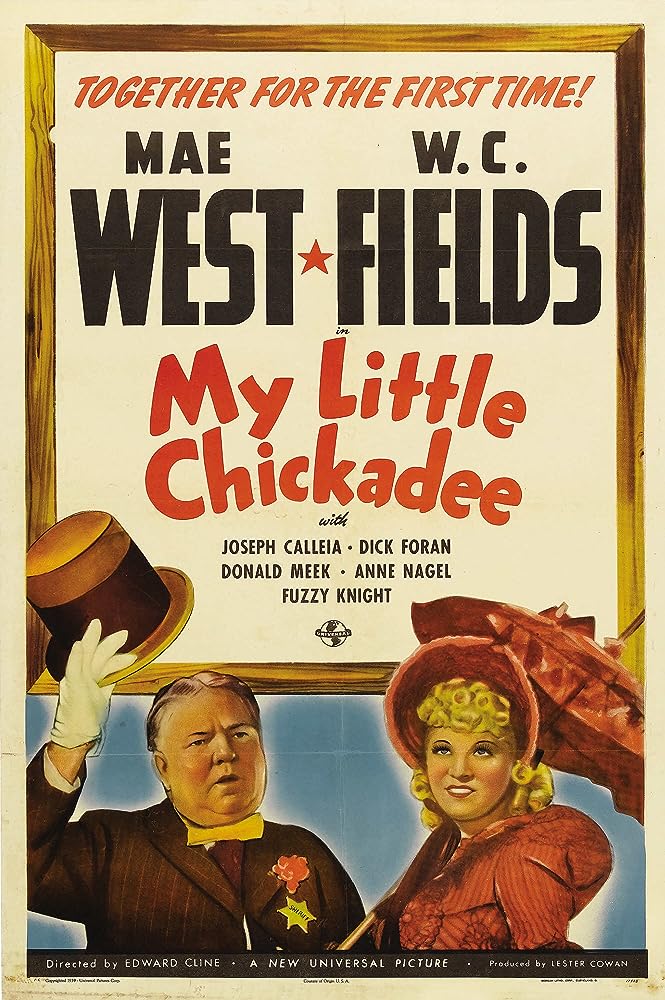