BATTLE OF THE SEXES, THE

“If Griffith is a great director, you wouldn’t know it from this mawkish pic.”

Gold-digger blonde flapper Marie (Phyllis Haver) overhears at the hairdresser about the killing in a financial deal made by a wealthy, obese, bespectacled, middle-aged man named J.C. Judson (Jean Hersholt) and schemes with her con man boyfriend Babe Winsor (Don Alvarado) to get an apartment next to his. Marie then seduces J.C., and after spotted at jazz club suggestively dancing with Marie by his wife (Belle Bennett) and two grown children, Ruth (Sally O’Neil) and Billy (William Bakewell), he separates from his family. After the depressed Mumsy almost jumps from the roof of their building, Ruth is determined to bring her foolish father back to his senses and confronts Marie in her apartment. When Babe also arrives and later her father, the old man gets upset when he thinks his daughter is with this worthless man. Griffith shows there’s a double-standard in society between men and women.

In an unconvincing melodramatic way, the contrite stray husband returns to his flock and all’s well again. If Griffith is a great director, you wouldn’t know it from this mawkish pic.

It was restored and released on DVD in 2000, and it was given a new score performed by the Mont Alto Motion Picture Orchestra. 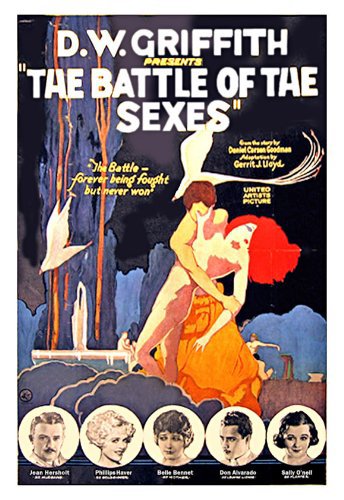