MUSIC FROM ANOTHER ROOM

“A harmless but idiotic direct-to-video romantic comedy concerned about the issues of fate.”

Charlie Peters’ debut feature as a director is a harmless but idiotic direct-to-video romantic comedy concerned about the issues of fate. The only music it makes is shrill. It’s a predictable sitcom situation of the underdog chasing the girl he has no chance of landing, and well…you can guess how it’ll all turn out. The scenes are all unnatural and contrived, the acting is abominable even though the cast is talented, and the dialogue is painful. The sickest joke is to watch Jennifer Tilley act as someone who is blind, which was not only crass but not funny–which I think is even worse.

The film opens as the five year old Jude Law, an army brat, helps his army doctor father deliver a baby in an emergency situation, and while he’s holding her in his arms a notion gets into him that she will be the girl he marries. The film then skips to some 25 or so years later and the nice guy Jude has become an artist educated in England and now returns to his hometown to restore a church. He meets again the same girl, the now very attractive but cold Gretchen Mol, and professes to her that he always loved her and knew he would marry her. The problem is that she is engaged to the so-called perfect man, the wealthy and decent but dull Jon Tenney, and pays him no mind. But this doesn’t deter Jude from pursuing Mol, even as he finds himself entangled with each of the eccentric Mol family members including the blind and sheltered Jennifer Tilly (in a film as manipulative as this one, she is saved when she marries Jesus), the cynical feminist sister Martha Plimpton, big brother Jeremy Piven, intellectual father Bruce Jarchow and the slightly dizzy and ill mother Brenda Blethyn. Since no chemistry was ever elicited between Jude and Mol, we are forced to believe that there’s a shotgun called fate that will bring them together despite the unreality of Jude’s love. The film seemed to be asking too much of the romantic comedy genre, even when compared with Hollywood’s long list of fluff films it has fostered on the public over the years. 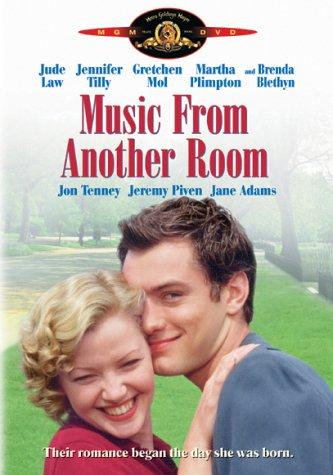