“This is a bad film that deserves to be forgotten.“

Richard Thorpe (“Follow the Boys”/”Fun in Acapulco”/”Jailhouse Rock”) lamely directs this B film suspense sci-fi story, that comes with a reactionary response to progress. Barry Barringer weakly writes the screenplay from his story. Too many undeveloped characters to follow, make it an uneasy watch. Also the plot is not clear. This is a bad film that deserves to be forgotten.Professor Farrington works in seclusion in his old country house and invents the VXO Dynamo, which will provide electricity by drawing power from the sun. He is visited by Judge Folger (Phillips Smalley), who urges him not to release it to the public at this time because it might cause unnecessary problems for both consumers and investors. During the visit, a blinding light comes into the house and kills the judge. An unknown attacker ties up Farrington in the cupola to his Dynamo and threatens to kill him with electrocution carried out by his own invention unless he give over the formula by dawn.The professor’s daughter Doris (Josephine Dunn) unexpectedly visits him with her fiancé Danny (Jack Mulhall) and their friends Gertie (Majorie Beebe) and Freddy Moon (Eddie Boland), to ask his consent for the marriage. As soon as Doris enters the house, she’s captured and tied to the Dynamo. Danny, however, gets the best of the assailant and shoves him off the cupola roof to his death. Danny also must take down Henry (Mischas Auer), the caretaker, who is really a Russian spy and he must destroy the Dynamo to free Doris and her father. When free, Farrington says he now believes the world has not evolved enough for his invention and agrees with the judge to keep it under wraps for the future. 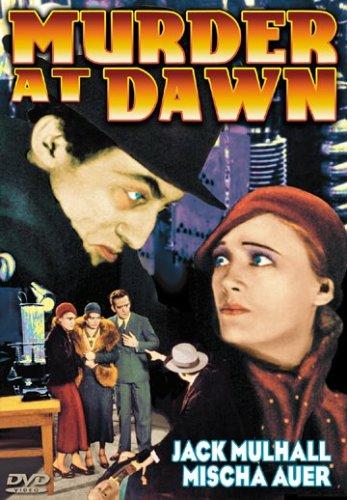