All I can say is that “Mr. Woodcock” would be funny, if the film wasn’t such a loser. It’s just another lamebrain, offensive and unappealing mainstream sitcom family comedy that recklessly makes light of child abuse, has unsympathetic leads and gets lost aimlessly navigating around its asinine story. It has an overload of stale physical comedy, pratfalls and sight gags, and ends up leaving us with the ludicrous, twisted, and bent out of shape Darwinian message that “fat, gelatinous, out-of-shape little kids” are all the better off for once having a gym teacher who bullied them and treated them with abject cruelty because it makes them stronger for later in life.

It’s crudely directed by Craig Gillespie (“Lars and the Real Girl”) and even more coarsely written by Michael Carnes and Josh Gilbert.

Billy Bob Thornton revisits his same Bad Santa mean routine. This time he’s an asshole gym teacher named Mr. Woodcock in Forest Meadow, Nebraska who enjoys lording it over the weaker students and having his students in agony (boy, is that a lot of fun to see!). John Farley (Seann William Scott) is a former fatty self-help author who wrote a best-selling book, “Letting Go: How to Get Past Your Own Past,” and is on a whirlwind road trip with his boozy witch-like publicist (Amy Poehler) to promote it but breaks the schedule to return to his hometown where he’s to receive a special honor–the Corn Cob Key to the city–as a local who made good. At home, John is in shock when he learns that his long-widowed mother, Beverly (Susan Sarandon), is dating the very same Mr. Woodcock who made his life so miserable in gym class. John, pictured as a bland and wormy guy, who wrote a phony book claiming to be a guru, sets out to break up this relationship. He gets the help of his former doofus gym classmate, Nedderman (Ethan Suplee), who also hates the title character for the way he unfairly picked on him. It leads to a bunch of wacky misunderstandings, lowbrow gags, all John’s schemes backfiring and turning him into a joke, and eventually to a reevaluation by the self-help guru of his former tormentor and of the book he wrote. As expected in such formulaic driven vehicles, things get resolved in a pat and unbelievable upbeat ending. What lingers is a nastiness over its facile responses to a very real problem, but you can’t argue with the way Billy Bob Thornton plays the role that was handed to him (even if he phones it in). If the storyline wasn’t so awful and the humor so cruel without being funny, Thornton could be viewed as a real dill pickle who plays a degenerate without giving an inch. 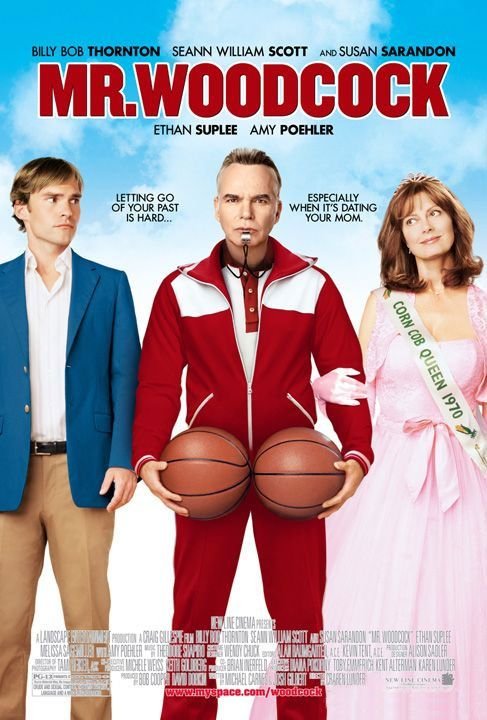