“At times the comedy is forced.”

The only interest this trifle comedy had for me was seeing the beloved scatterbrained comedienne Gracie Allen, the motormouth foil for her husband George in their Burns & Allen comedy routines, act here without him. Something she does quite well. Gracie appears with William Post, Jr., as they play the same characters from their popular radio show. It’s based on the play by Owen Davis that was taken from a short story “The Norths Solve a Murder” that started as a series of comic articles about a Park Avenue married couple, written by Richard and Frances Lockridge. Director Robert B. Sinclair (“Woman Against Woman”/”Mr. District Attorney”/”The Wild Man of Borneo”) keeps it going at a fast pace.

Publisher Jerry and his wife Pam North (Gracie Allen & William Post, Jr.) live in an upscale Greenwich Village flat.When Jerry returns from a Boston visit, he’s startled to find when Pam opens her closet door the dead body of Stanley Brent pop out. He’s the husband of Pam’s friend Carol (Rose Hobart), who asked Pam to intervene on her behalf to ask her hubby to grant her a divorce. Investigators Lt. Weygand (Paul Kelly) and his partner Detective Mullins (Millard Mitchell) get confused by Pam and her convoluted logic as she tries to explain things, as her husband becomes a suspect over a misunderstanding. There’s even another victim (Lucien Littlefield) later on popping out of Pam’s closet, but he recovers with only a concussion. The investigators check out all the alibis among Pam’s friends and in the end Pam stumbles upon the real killer.

At times the comedy is forced. It never amounts to more than routine, but if you’re a fan of Gracie’s you’ll most likely appreciate it more than others.

The supporting cast included Tim Conway as the inventor having an affair with the married Hobart, Virginia Grey as the wife of one of the suspects, Jerome Cowan as a suspect whose alibi doesn’t check out, Felix Bressart as the comic relief Fuller Brush Man caricature, Porter Hall as the confused D.A., and Keye Luke as the houseboy to smarmy patent attorney Stuart Crawford. 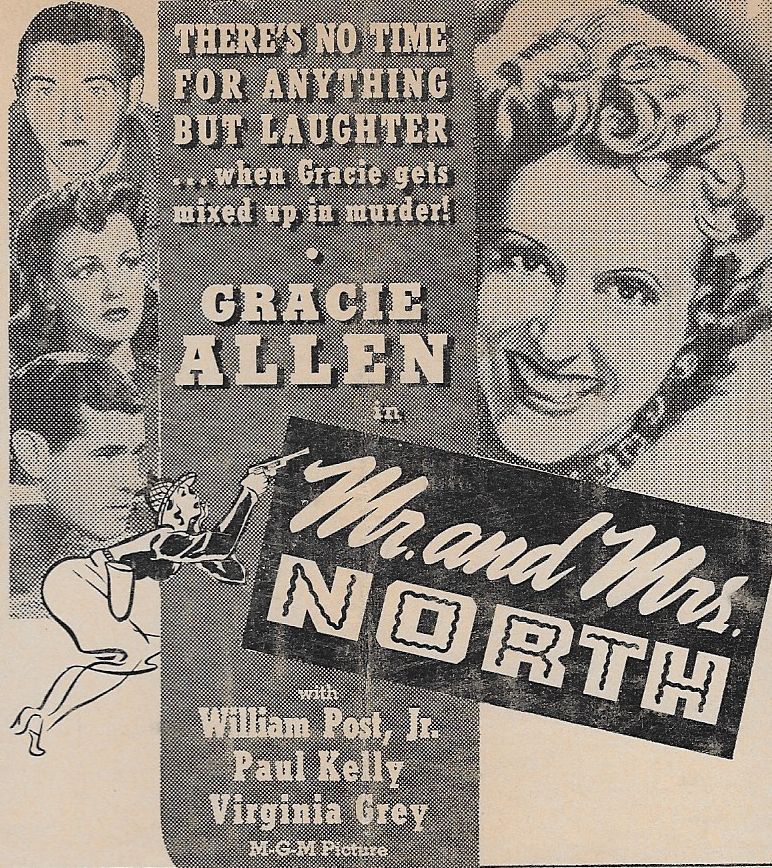