The horror film, filled with rape and gore, was banned in Italy. Italian filmmaker Raffaele Picchiodirects from a story he wrote with Tiziano Martella. The screenplay is by Gianluigi Perrone.

It opens with found footage from the early ’80s. A young girl and her family flee to the hills. Her uncle is about to rape the girl when alone with her, but is killed.

We then observe three Italian guys in the countryside pickup two Romanian girls. After befriending the girls, the guys invite them to a rave, located in a forest in the nearby hills. It turns out that there’s no rave. It was just an excuse for the guys to get them in an isolated area so they can rape them violently.

If that wasn’t enough to consider, some zombie gladiators appear at the site and start killing everybody and then leave. There’s no explanation of why the zombies are there and why they are so interested in killing, and no back story to the current situation.

The atmosphere is menacing, the fright scenes are indeed frightening and the pic prides itself in being so tasteless. It serves as a model for aficionados of trashy sex/gore pics. The best thing I can say about the hardcore exploitation film is that it at least is well-crafted .

It’s inspired by a true incident that took place in Italy about forty years ago. 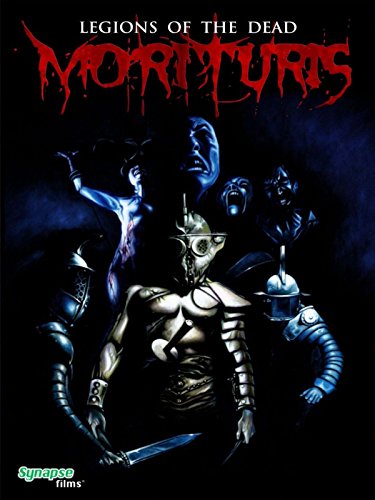