“Did nothing for me.”

The nonsense film shows a platoon of all-American UN troops led by Artemis. She’s titled as a lieutenant in the credits but her troops address her as captain (it’s that kind of murky film). In this muddled narrative, Artemis will get stuck in an unnamed barren desert searching for her company’s missing Bravo Team.

Suddenly Jovovich via a magic electrical storm, while on a pirate ship, is sent to a new barren desert–one inside the fantasy world of Monster Hunter. Here primeval killer monsters destroy imprudent travelers. Also there is the Admiral (Ron Perlman), a real beaut, who comes there to hunt monsters. He wears some ridiculous looking anime hair, as if he’s signed-up for the Gay Pride march on Halloween in Greenwich Village. If that’s not enough to make you cringe, there are anthropomorphic bipedal cats around.

Trapped alone in this hostile landscape, Jovovich is forced to join forces with the nameless, non-English speaking native, once an enemy, also stranded in the desert, the longbow guy, known only as Hunter (Tony Jaa). They team up against the monsters to fight their way out of there and solve the portal mystery (don’t ask!), even if not sharing a common language they can converse in.

I’m not into video games or video game films or senseless films (with possible exceptions if they’re beautiful to look at). This baffling cult film (its visual storytelling and its creative style are plusses) is almost completely wordless and mindless. The film did nothing for me, but it might appeal to the youthful videogame crowd not bothered by movie conventions or its baffling story and lack of dialogue. 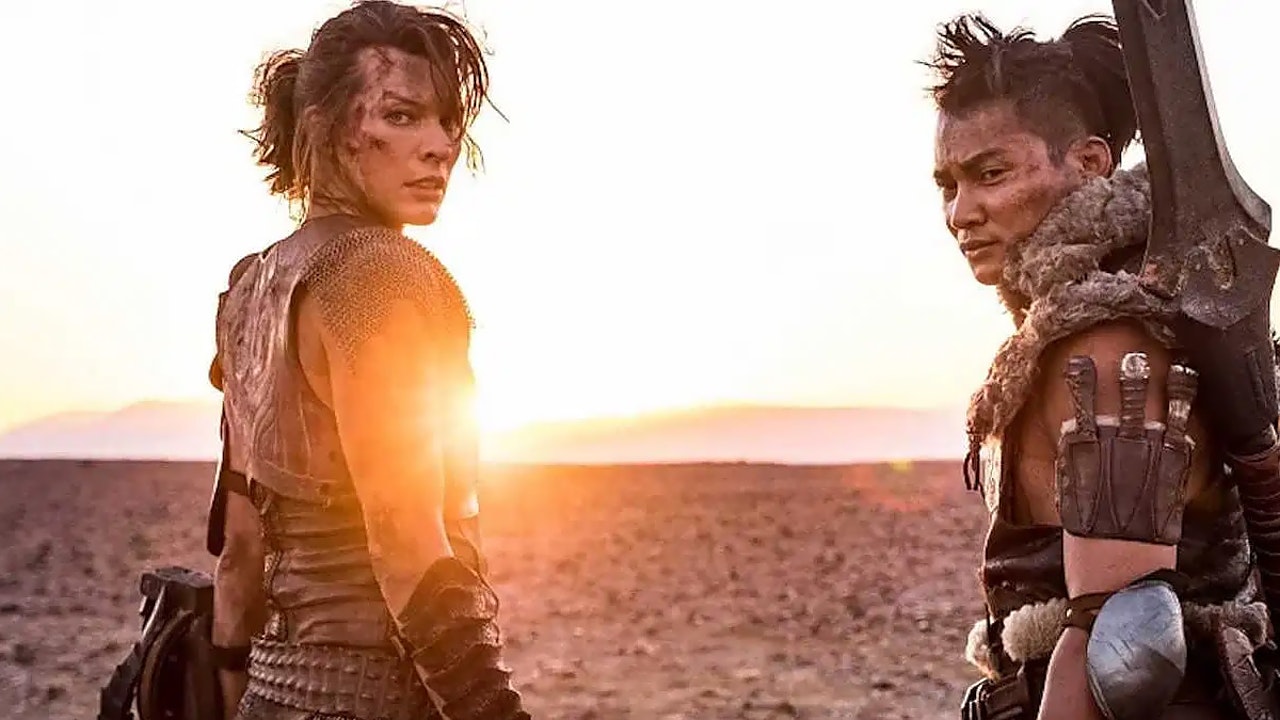 MURMUR OF THE HEART