“ It’s a gimmicky entertaining film without enough material to be a feature film.”

The dapper middle-aged private investigator Romulo is hired by a middle-aged woman, Mrs. Perez, who suspects her elderly mother Sonia, a hostile woman, is suffering from abuse in a San Francisco nursing home (located on the outskirts of Santiago, Chile). Romulo, in turn, through a newspaper ad, hires the mole agent, the 83-year-old bored recent widower Sergio to pose for three months as a new resident and be an undercover spy inside the facility. The mole is a big hit at the home, as the lonely old women flirt with him and one old virgin even wants to marry him. Though finding no abuse, the mole takes his duty seriously and when given high-tech equipment (which he doesn’t know how to operate, he bumbles with it as he amuses himself taking on a 007 spy role). The cameras present in the nursing home are explained as a camera crew there to shoot a film about the facility.

The film seriously points out how neglectful the children are of their moms in the home. Even the woman who hired Romulo doesn’t visit the mother she’s so worried about.

Why this absurdist character study calls itself a documentary and not a drama, I’ll leave up to the viewers to tell me. But it’s a gimmicky entertaining film without enough material to be a feature film. 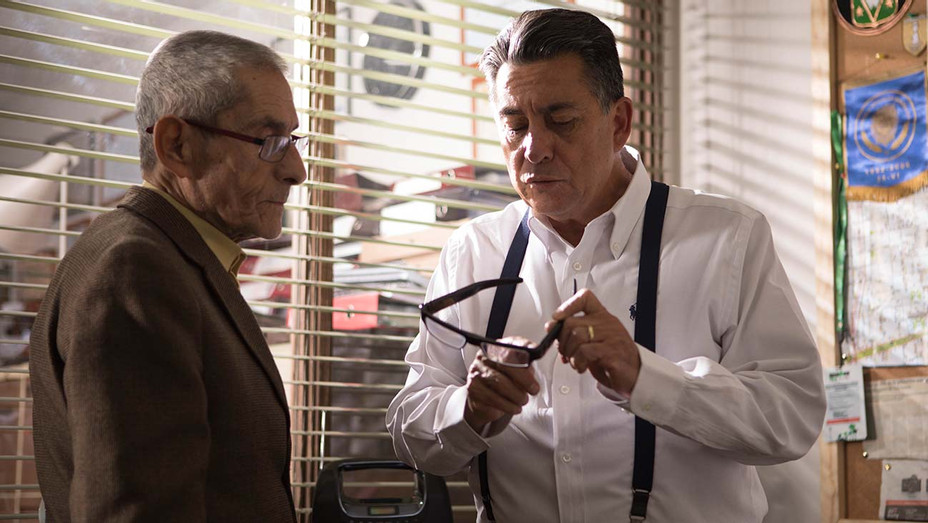