This sentimental, clichéd and formulaic melodrama is written and directed by Pearse Elliott, in his debut, from incidents that happened in his childhood. It follows the arc of Ken Loach’s mucho superior Kes and throws into the mix a bit of Irish politics. This well-performed and stunningly photographed family drama is set in the current Belfast area, where the opening scene takes place on a divided street where the Catholic kids playing soccer have to wear hard-hats as the Protestants chuck rocks over the barrier. The slight story tells about a ruthless dodgy owner of a greyhound racing kennel, Joe (Ken Stott), and a sincere 14-year-old boy, Donal (Tyrone McKenna), who works long hours for him and displays an awesome talent for training dogs. The owner promises the kid he can keep a recent greyhound just bought and named by the kid as The Mighty Celt, if it can win three races in a row.

Donal’s working-class single mum Kate (Gillian Anderson, American) is trying to piece her life back together when the mysterious O (Robert Carlyle, Scotsman) suddenly reappears after the peace treaty has been signed with the IRA (apparently he was on-the-run). He’s someone Kate intimately knew from the time her IRA brother was killed and O was wounded over some IRA activity up North. In the post-IRA world O is a reformed man, shunning violence and an all too willing candidate to bed down with Kate and be a father to Donal. He’s the good IRA guy, the others shown are nasty dudes.

Everything moves along as plotted in a film school script. The cruel dog trainer disappoints the kid, who is seen to be soft by those around him and is an easy target for seemingly all the bullies in Belfast. But the kid reacts badly to the dog owner’s harsh treatment of the greyhounds and has a big-time learning experience over one heart-wrenching episode of animal abuse. Donal is used as a symbol to represent the newly emerging spirit of Ulster, as he must choose for his role models the meanie dog man or the reformed IRA gunman.

Nothing much to get excited about, I’ve seen such coming-of-age dramas many times before and better done. Its best recommendation might be its short running time, as the forgettable story flies by painlessly. The accents are heavy Belfast ones (they seemed authentic, despite some of the actors not being natives) and might be hard for a foreign viewer to understand without subtitles. 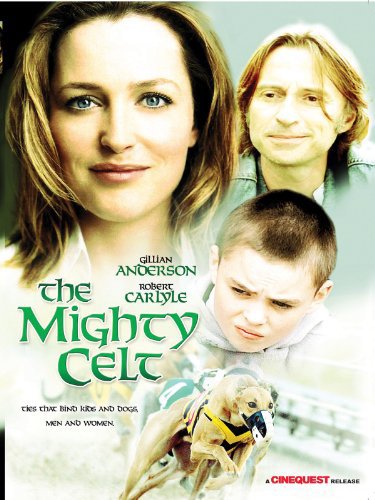